High stakes tournament player Jason Mercier has started the New Year chasing poker debt. The 33-year-old American gave no names but stated he did not want to move into 2020 harbouring any resentment or grudges.

With almost $20 million in live tournament winnings, he is unlikely to struggle to put food on the table in the meanwhile.

So please pay your debts you degens, you have 7 more hours

Poker Debt Seen All Too Often

Borrowing money is common in the high stakes community. Poker news outlets often report this. These guys tend to have so much spare cash that they think nothing about helping out a friend in need.

It is also a factor that because of the huge sums required to sit in these games transferring such amounts cannot be done as fast as needed.

High stakes games are relatively rare and this helping each other out enables the games to continue running, when otherwise the table would possibly break.

There have been many poker debt scandals over the years. Here we will look at some of the most high-profile cases in recent history. 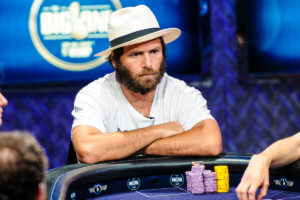 Rick Salomon and the Saudi Sheikh

Only a month ago, we reported on the case of celebrity high stakes player Rick Salomon chasing a poker debt from a Saudi sheikh. The pair had played a private game in France and Raad al-Khereiji instructed his lawyers to settle the $2.8 million debt in the US.

Later on, he reneged on the promise leading Salomon to pursue him through the French courts, Sadly for Salomon, due to a wrinkle in the law he was ultimately unsuccessful.

Salomon has $10 million in live tournament winnings and has been romantically linked to Paris Hilton before going on to marry Hollywood stars Shannon Doherty and Pamela Anderson. Quite some life this guy has. 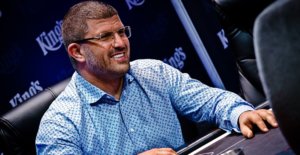 Leon Tsoukernik is filthy rich and the last person you might expect to run up an unpaid poker debt. Amazingly, the owner of the King’s Casino, Rozvadov, Czech Republic did just that after borrowing $2 million to continue a heads up match against Matt Kirk in Las Vegas.

Tsoukernik later accused the Aria Casino and Kirk of conspiring against him while he was seriously drunk and refused to pay.

Kirk later took the matter to court in the US before partypoker shareholder Rob Yong mediated a settlement between the pair.

Matt Kirk is another player unlikely to miss an unpaid $2 million poker debt. He reportedly cashed in for close to half a billion dollars after getting in on the bitcoin craze early on. 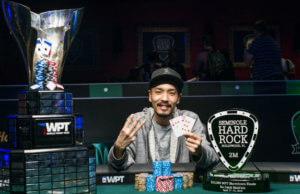 Chino Rheem has probably racked up more poker debt scandals than anyone else in history. The 39-year-old American is constantly borrowing funds and then causing his backers a problem.

Rheem is no mug though. He has more than $10 million in live tournament winnings and picked up $1.5 million for his seventh place finish in the World Series of Poker Main Event 2008. He also has three WPT titles.

One of his most brazen incidents shows the true degeneracy of the man. Guy Laliberte, the billionaire high stakes poker player, loaned Rheem $111,111 to enter the Big One for One Drop tournament during the 2013 WSOP.

Rheem didn’t play the event after all as he proceeded to lose the entire loan on the baccarat tables.

A couple of years later Will Molson and Joseph Cheong both loaned Rheem $40,000 for an entry. Rheem finished third in the event for $150,000 and flat out refused to hand over repayment.

Clearly not a guy anyone should lend money to.