A California businessman has filed a lawsuit against the owners of the Phil Hellmuth-endorsed cryptocurrency, Bitcoin Latinum, claiming he has been defrauded of more than $15,000,000 amidst securities fraud allegations and broken promises…

Arshad Assofi alleges that the crypto start-up’s founder, Donald Basile – described by Hellmuth as “my guy” on social media, the pair pictured together above – defrauded him of the massive sum through a series of criminal acts, lies and misinformation.

As we reported previously, the beleaguered cryptocurrency – not connected to Bitcoin itself – was hit by a 40-page lawsuit filed in Michigan earlier this year.

In that case, still ongoing, three men alleged that Kevin Jonna and Bitcoin Latinum “diverted and misappropriated investment funds for personal use while committing securities and wire fraud in their offer and purported sale of Bitcoin Latinum tokens to their victims…”

Similarly, the current case is focused on various breaches of the US Securities Exchange Act, including being an unregistered dealer/broker violating state and federal law with the offer and sale of securities. 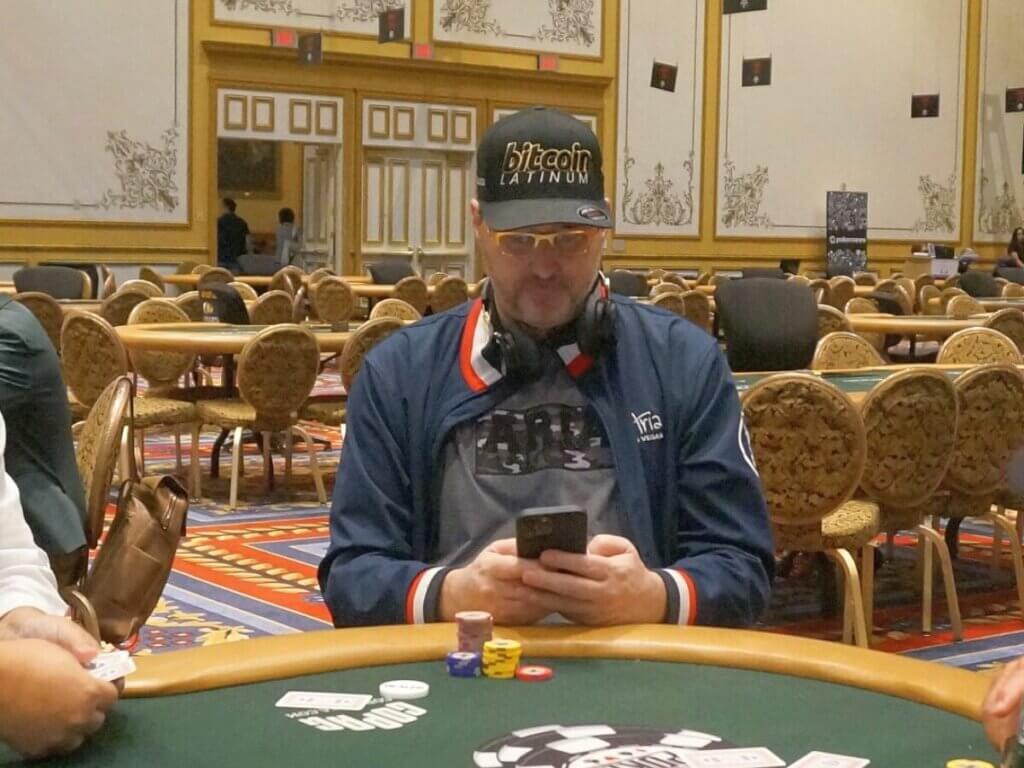 That money, says Assofi (pictured below at the Bitcoin Latinum launch party), should have helped GIBF launch the cryptocurrency by November of last year, but a series of delays has seen no return for investors.

Assofi also claims that among the promises he was given at a June 2021 fundraising meeting were:

While Bitcoin Latinum has failed to live up to its promises, Phil Hellmuth has rarely been seen without a branded hat to promote the company, admitting his links on Twitter…

I’m a paid endorser of Bitcoin Latinum, and this is NOT investment advice:https://t.co/5egXoqWPvr

When news of the first lawsuit broke, veteran award-winning reporter Haley Hintze wrote: “There could be a question as to whether Hellmuth’s Tweet last year describing himself only as a paid endorser of Bitcoin Latinum is fully forthright. At least one online database lists him as an angel investor.”

The crypto-world is still reeling from the FTX scandal, which has seen crypto poker connections in the shape of Tom Dwan and Ultimate Bet scam lawyer Daniel Friedberg hitting the headlines.

Tom Dwan has admitted knowing about the impending disaster at FTX crypto exchange, but claims it wasn’t his place to out the “corruption” at the heart of its collapse.

In 2020, highstakes poker crusher Alex Foxen was involved in another crypto scandal, when South African poker pro Ronit Chamani named him in a $500,000 lawsuit.

Chamani, who invested $200,000 in the Quasar Mining Group, claimed it was Foxen who “personally solicited (her) investment, relying on his relationship with her and his goodwill in the poker community”.

The crypto start-up attracted $1,975,000 from 22 investors before it closed down in February 2019, having produced nothing. Chamani’s lawsuit alleges: “unjust enrichment, negligence, and breach of fiduciary duty” among other charges.”

The good news as far as crypto-poker fans are concerned is that  Bitcoin poker sites themselves have not been unduly affected by the recent troubles.