Team partypoker Pro Roberto Romanello is a legend on the European tournament circuit with $4,241,758 in live winnings.

He is also Number 1 in the Wales All Time Money List and last night Romanello finally entered the elite club of Triple Crown Winners by shipping WSOP Online Event #39: $1,500 No Limit Holdem.

Heads-Up he denied the most successful online player of all time Niklas “Lena900“ Astedt the title to win his first WSOP Bracelet and complete the Triple Crown.

Roberto Romanello had won the EPT Prag 2010, followed by a victory at WPT Bratislava in 2011.

However, it took him almost ten years to secure his entry in the poker history books by becoming one of the few as well as the latest Triple Crown winner.

But this was not the only bracelet to be played out last night at GG Network. Next up was Event #40: $2,500 Pot Limit Omaha, which brought the best PLO players in the world to the virtual felt at GGPoker.

532 entries filled the prize pool with a whopping $1,263,500 and $224,493 were up top. 71 places were paid and many big names such as Mike McDonald, Dario Sammartino, Ami Barer, Gianluca Speranza and Joao Viera cashed.

Both of them made it to the Top 4 and the bracelet was in their grasp, but Leon then busted in 4th plcae for $88,141.76, while “skjervoy” went all the way to Heads-Up play.

The Heads-Up was a Scandinavian affair as Tobergsen competed with Swede Simon Lofberg for the bracelet. The latter had a slight chiplead to begin with, but “skjervoy” soon got back to even.

Then a massive cooler emerged, when both players flopped the straight with Tobergsen having the idiot end of it.

This huge pot gave Lofberg a decisive chiplead and he soon after finsihed it off to secure his first bracelet and the $224,493 first place prize. 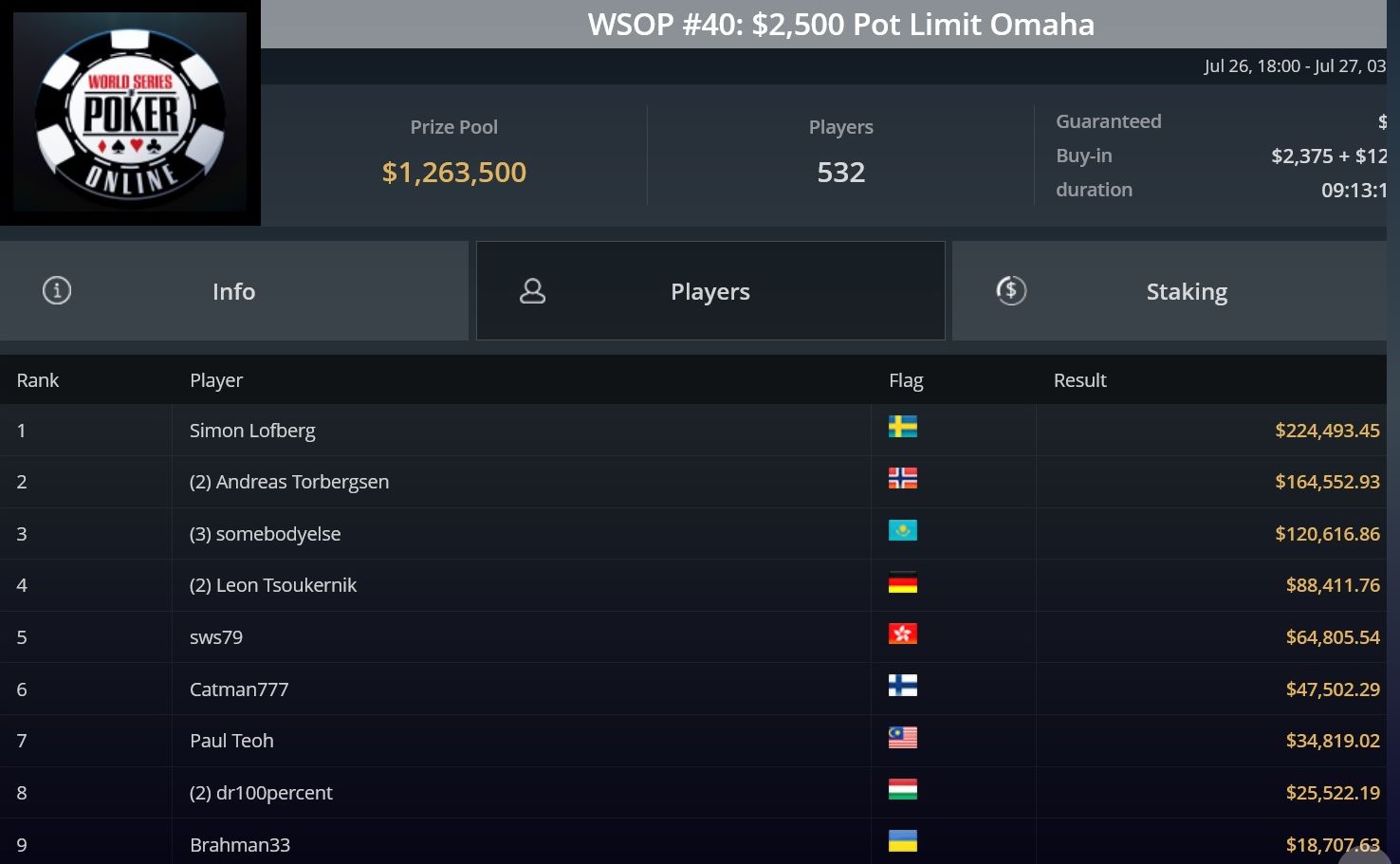 Not sursprisingly many big names tried their luck. Austrian high stakes reg Matthias Eibinger was the one who came closest to the final table, when busting in 14th place.

While Beasts of Poker Team Member Joni Jouhkimainen made it through to the final, which will take place on August 1st.

Here are the chipcounts before the Final Table: 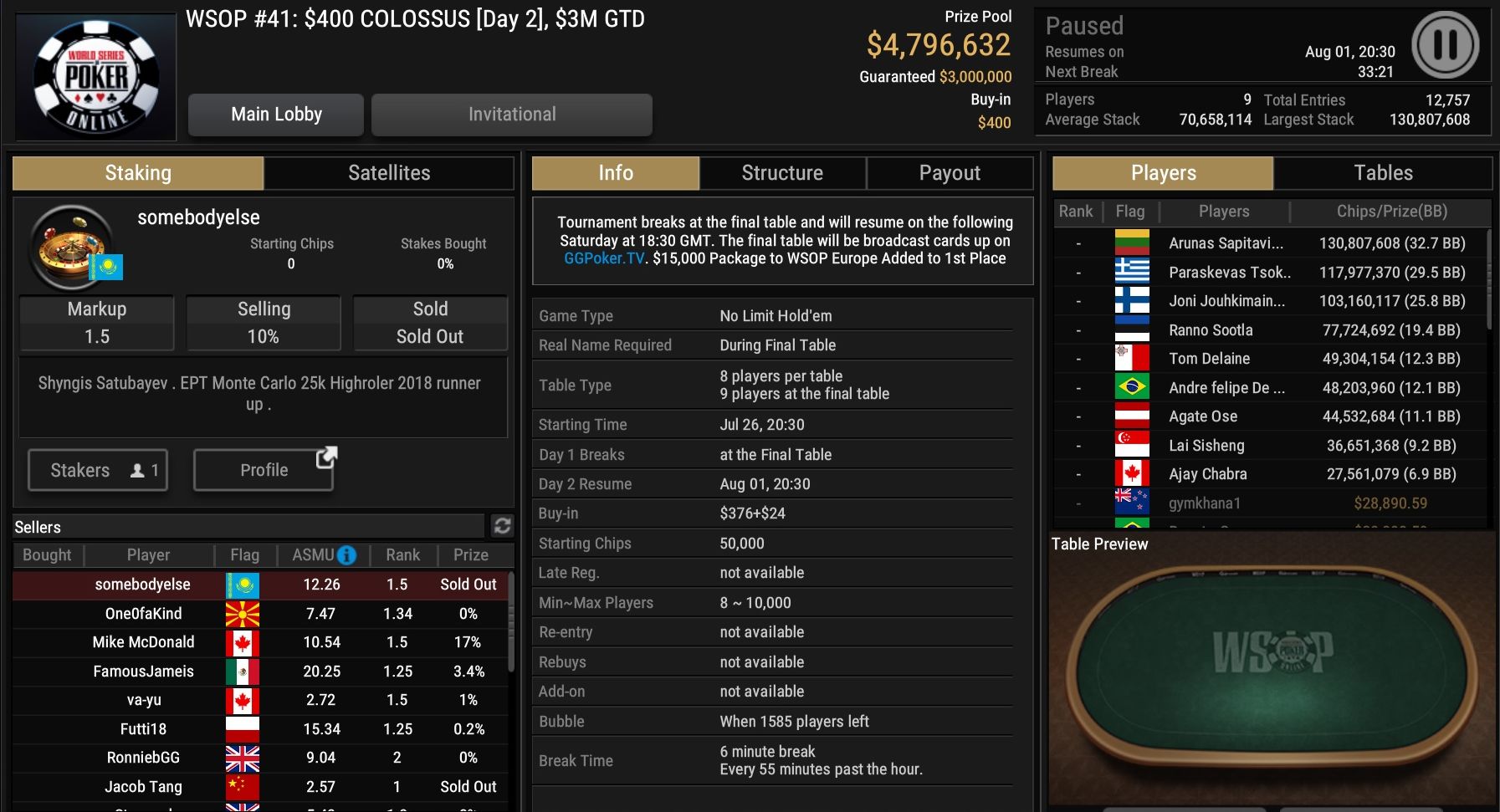 Martins will enter the Final Table, which kicks off on August 1st at 9 pm GMT as dominant chipleader with 51,590,103 chips.

He is an absolute tournament beast having amassed a staggering $6,450,298 on PokerStars alone, where he plays under the nick name “theNERDguy”.