Only one week ago it was announced that Fedor Holz is the latest GGPoker pro and he is absolutely crushing it ever since winning three High Roller Events in one week! But that is not all, as Fedor has a huge lead after Day 1 of WSOPC Event #16, a $1,000,000 GTD PLO Main Event: 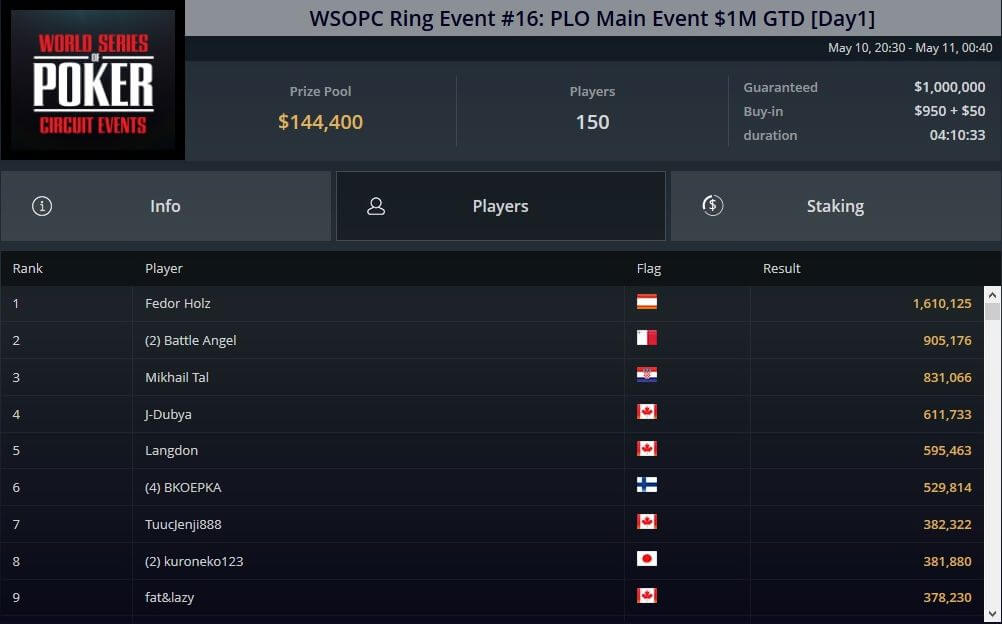 In addition to that, Fedor Holz won his third High Roller Title within one week last night:

Not a repost 🙌🚀 Games are juicy, come and join https://t.co/ap8LSvXasc 😜 pic.twitter.com/Vrhhhm71cb

Absolutely insane run from Fedor Holz, who seems to be on top of the game once again as he is also crushing it at Stars.

A whopping $3,465,125 were in the prize pool and the Top 3 all ended up being from Brazil. They agreed on a basically even chop, which secured themselves more than $330,000 each.

“BlaireauEnColere” was the one, who took down the prestigious title in the end. 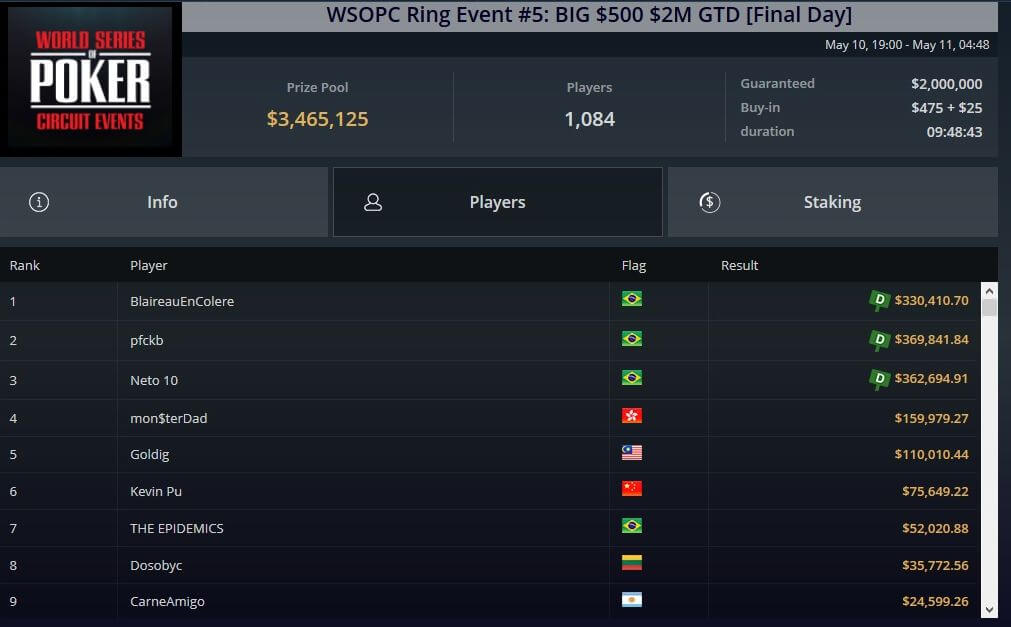 Niklas “Lena900” Astedt is currently the biggest online tournament winner of all time. Yesterday night he extended his lead even further by adding another major title in WPT Online Series Event #15 at partypoker. 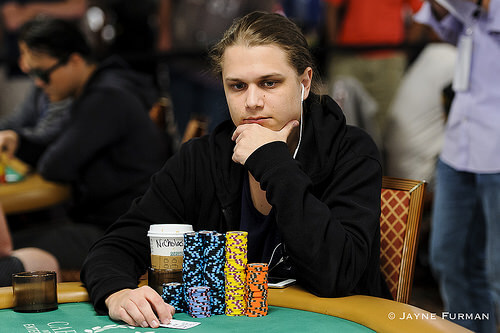 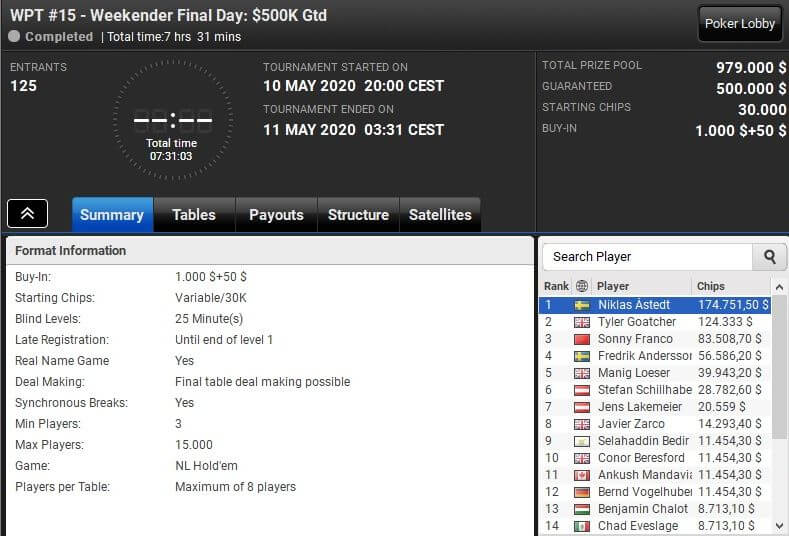 A surprising High Roller Champion has been crowned at the 2020 PokerStars Spring Championship of Online Poker (SCOOP).

Get great rakeback deals for the best tournament sites: