Kitty Kuo has posted some preferences for what kind of man she is looking for on Twitter, excluding certain nationalities for stereotypical personality traits. It didn’t take long for Shaun Deeb to write a sarcastic comment.

I don’t have any strange rule
I am simple, when the feeling come, I will know
But I do have serious range
1. No Asian
2. No UK
3. No Italian
4. No Russian
5. No Franch
This is not joking, it need to fit the range

The Taiwanese poker pro declared her “range” for a potential partner, amusing her followers with the reasons why she won’t consider guys from these countries. 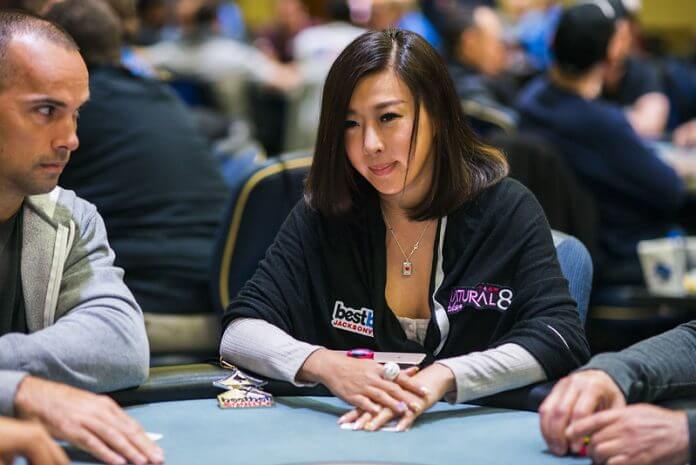 Shaun Deeb was quick to chime in, saying she needs a “fat, lazy American,” and one who is probably best married as she will only see him a few times every year due to her being on the road playing poker.

Here is the reason
1. Asian men boss around
2. UK men too selfish/ cheap
3. Italian men too jealous
4. Franch men too many gfs
5. Russian men, too hard for Asian to understand

The Guys Fire Back at Kitty Kuo

This kind of post where somebody stereotypes a nationality, can lead to a volatile response on social media.

Kitty Kuo is no stranger to upsetting her followers for speaking plainly but it seems that she kind of got away with it this time. Probably because the affected nationalities were happy to give her some grief back.

American poker player Phi Tran declared himself happy that Asian boyfriends were out of the question as Asian females over the age of 35 are often overlooked in that culture. Ouch!

Another poster pointed out that Kitty Kuo was married for years and never mentioned her husband in any tweets and also travelled without him. They asked who would want that life.

The jokers were quick to point out that Allen “Chainsaw” Kessler might fit the bill.

And others just plainly took offence at the tone of the original tweet.

God, you are the worst type of entitled feminist ever. Go crawl in a hole and never come out!

We wonder what subject Kitty Kuo will come up with next to upset the poker community. It’s only a couple of weeks since she caused outrage by requesting that K.L. Cleeton’s assistant be removed from the table at the 2022 WSOP.

The presence of an extra person at the table caused a number of misdeals, annoying Kuo immensely due to the delay in play.

K.L. Cleeton suffers from spinal muscular atrophy and needs an assistant to carry out his actions during play.