Dan “Jungleman” Cates and Bertrand “ElkY” Grospelier have agreed on an epic $150,000 weight loss prop bet. They have six months to get down to 12% body fat. 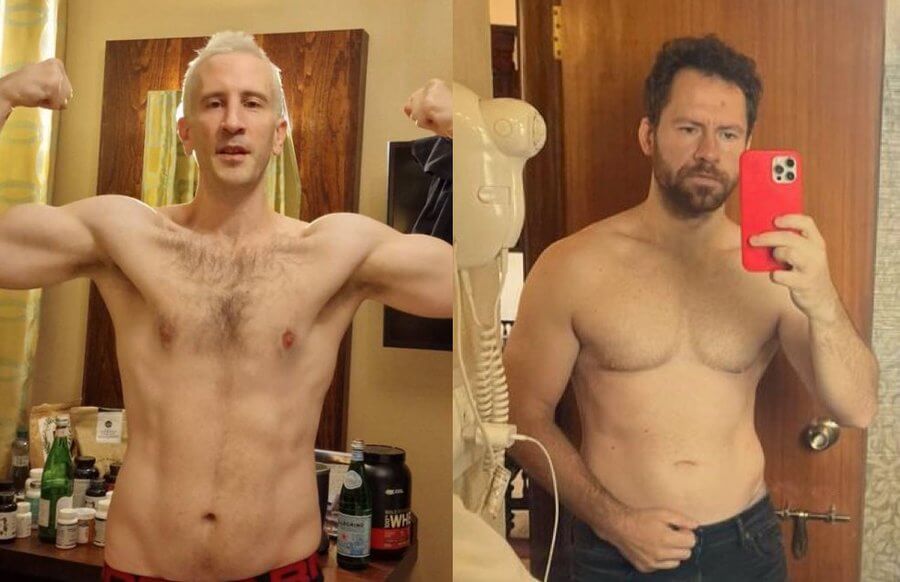 The legendary poker duo are currently halfway through their 6-month prop bet battle to see who can reach the “perfect” body fat % and as you can see from the pic above, both men are taking it very seriously indeed.

“I want to get in shape, challenge ourselves and ideally make it fun,” Cates recently explained to Chad Holloway, having already lost 17lbs I his bid to get from 18% body fat down to 12%.

He added: “I chose to do the bet with ElkY because I know he will be honorable and even reasonable during the bet, given experience and because he isn’t an athlete so I can have a chance myself.”

As for French star “ElkY”, the battle is to get from a surprising 25.5% down to 14% but it looks like he’s well on the way, a 20lb loss leaving him looking a lean, mean, fighting machine.

Well, perhaps not the latter given ElkY’s loss to Lex Veldhuis back  in 2009 in a kickboxing prop bet…

Grospelier, the long-time French number 1 in the money-winners list with close to $15million, feels the same way as Cates about the prop bet motivation.

Describing Jungleman as “an extremely motivated person” who “wants to inspire others”, ElkY said of the $150k: “It’s an amount which seems motivating enough for bet both Jungleman and me … this amount will make sure we stick to our plan/goal.”

ElkY added: “After the bet, I want to go even lower, and hopefully maintain around 12 percent for the rest of my life.”

Weight loss and health-inspired prop bets have been extremely popular among poker pros over the years, perhaps because the sedentary nature of the professional game can be very unhealthy.

The Staples brothers, Matt and Jaime, famously won $150,000 from Bill Perkins when they “met in the middle” – overweight Jaime shedding a remarkable 52kg while skinny younger brother Matt built himself up by a sturdy 25kg.

Six-time WSOP bracelet winner Forrest claimed “it will be the easiest $2million I make in my life”. He trained hard and went from 188lbs (85kg) to under 140lbs (63kg) to win the bet

No chance of that happening between good friends ElkY and Jungleman, and there’s a decent chance both men will hit the target come February.