Twitch Poker legend Lex Veldhuis had an outstanding Sunday Grind by winning two tournaments and finishing Runner-up in the Sunday Warm-Up for $16k.

It was one of these days for Lex Veldhuis, where everything goes your way. The Twitch legend made four final tables, the first of them in the $82 Hotter Hyper PKO, which straight away led to the first win. 77 players registered for the relatively new event and 11 places were paid. Biggest name besides Veldhuis on the final table was online tournament crusher “t8ofDiamonds”, who finished in sixth place.

Heads-up for the trophy Lex faced “seiskaseiska” from Finland, who had to settle for second place. 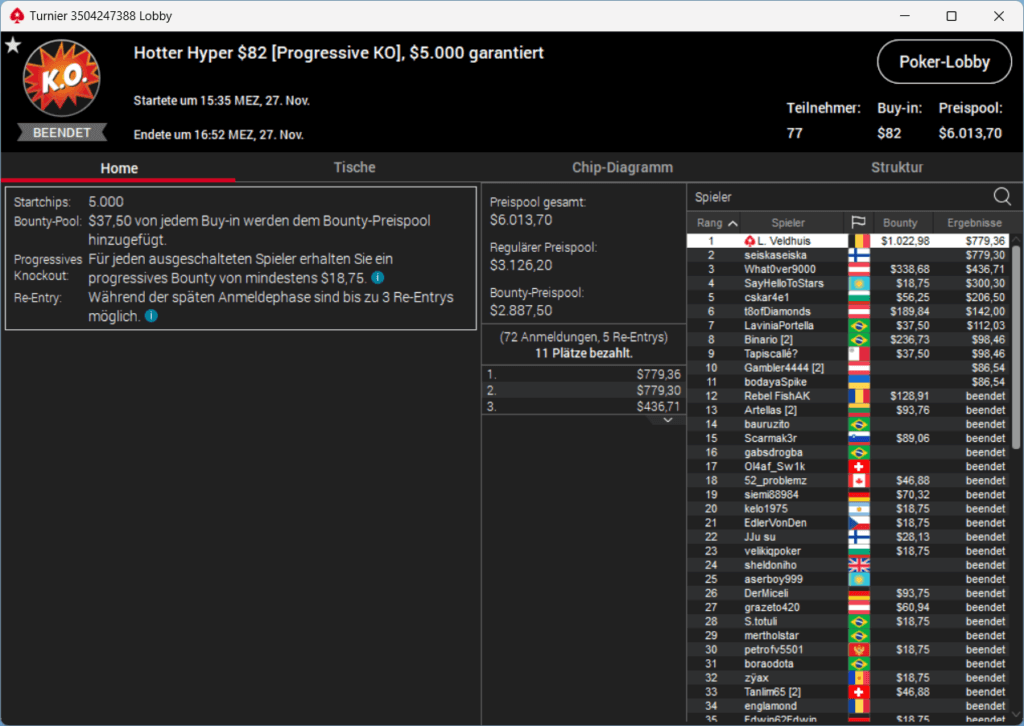 Motivated and hyped by his first victory, Lex entered the same event again just with a bigger buy-in and guarantee.

He once again showed how well he plays the Progressive Knockout format by leaving a large 258-player-field behind him to secure his second win of the night for $5,249.51. 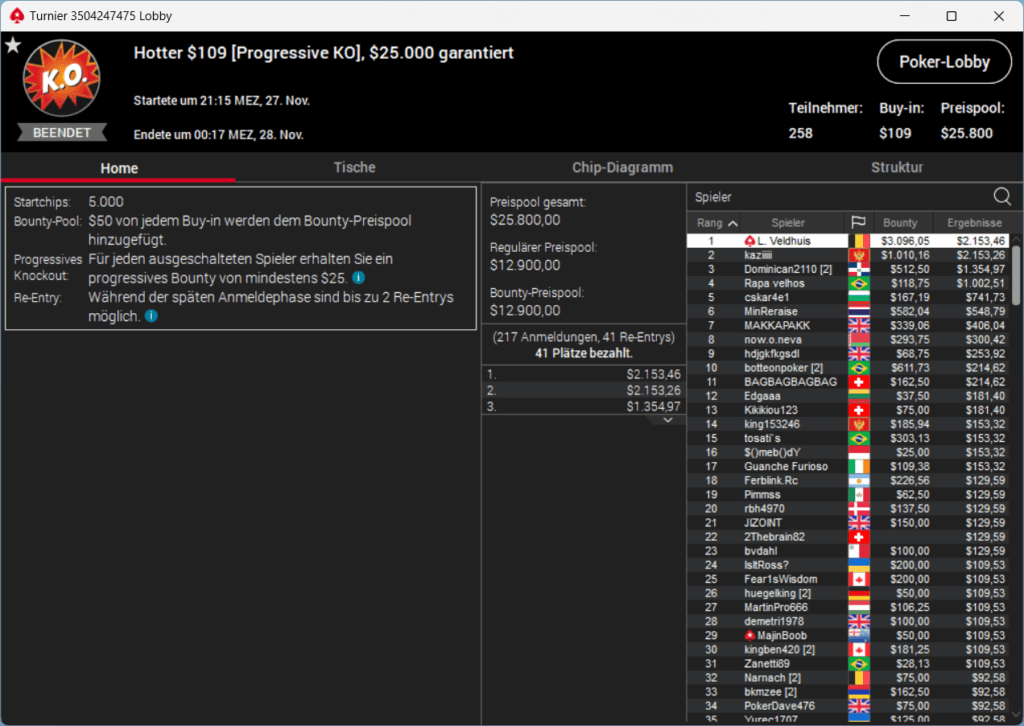 Once again, Veldhuis made it all the way to heads-up play and had the rare chance to win three tournaments in a single night.

This time Lex drew the short straw against Czech online reg “jobekr” to finish Runner-Up for $15,537.46.

Very impressive performance by the Team PokerStars Pro, who cashed for more than $34,000 in total last night. 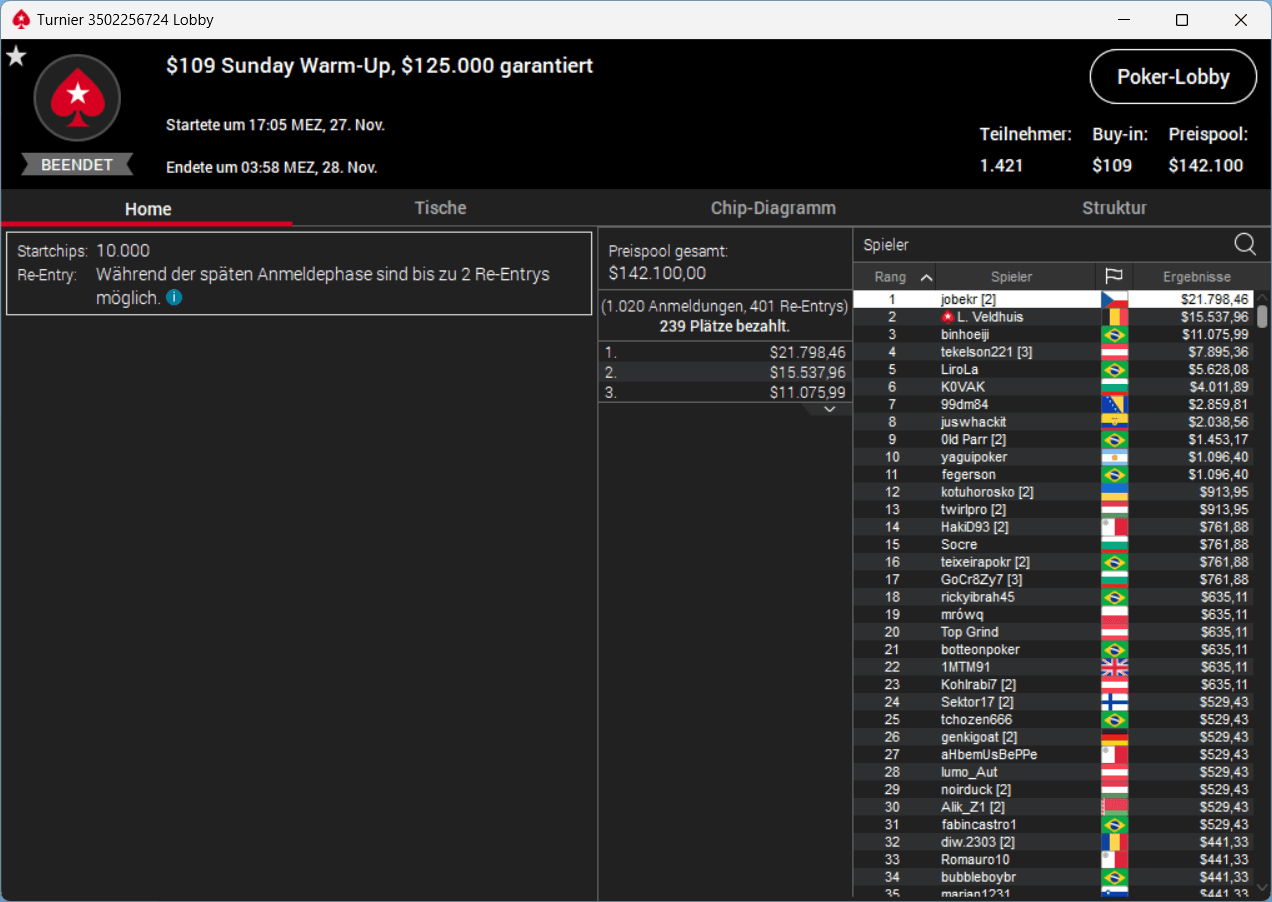