High stakes star Fedor Holz says he can see no financial crash for online poker in the near future. The German crusher was replying to Patrick Leonard’s prediction that online tournament poker is heading for some tough times. 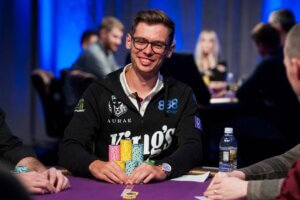 I don’t see it as a financial crash. Only few want to play for 6 weeks straight. I skipped grind yesterday even though I was at home because there’s going to be so much more coming up and I want to enjoy the grind.

Last week,Patrick Leonard tweeted to his followers that he could see a financial disaster coming for the online tournament scene.

The partypoker brand ambassador is a man who poker players listen to, and his opinion that things were about to turn ugly caused a minor stir.

A couple of weeks later we can now see that it was a panic over nothing and players are just spoiled for choice.

Holz explains that there are simply too many events to play back to back right now.

“I don’t see it as a financial crash. Only few want to play for 6 weeks straight. I skipped grind yesterday even though I was at home because there’s going to be so much more coming up and I want to enjoy the grind.” 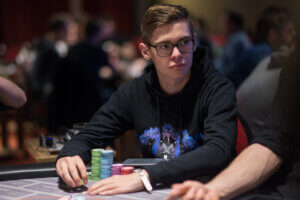 Only So Many Hours in the Day

Online tournament players have a reputation of being able to play insanely long hours with minimal rest. A standard five minute halt in proceedings every hour for a bathroom break is all you get.

With this in mind it’s not surprising that players can burn out if they push themselves too hard.

The world has been under lockdown conditions for more than two months now. With the population struggling to fight boredom it was only natural that anyone with an interest in online poker would log on to play some hands.

A five-year high in online traffic sparked excitement that we were heading back into another boom period. This is obviously fantastic news.

The problem was that players have limits as to how much they can grind.

Many new tournaments were spread on all major sites, all with handsome guarantees. When some of these began to overlay Patrick Leonard panicked without consulting the broader spectrum of players.

Now it is clear that after two months of serious grinding players are ready to plan their schedules more responsibly.

Leonard now agrees with Holz in that enjoyment of the game can be reduced with a schedule that is too heavy.

“Yeh we’ve been essentially spoiled by so much action and thus tournaments like the Super Tuesday scoop (always the most prestigious scoop event) people are like meh will skip. We have people either losing intrigue or losing $ each day imo. It’s part financial part psychological” 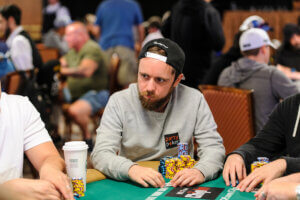 Looking good For the Future

The future of online poker is looking the best we’ve seen it for some years. The COVID-19 pandemic has caused chaos around the world with most industries being hit hard.

The poker industry is a lucky case, and we expect this mini-boom to continue when the world gets back to normal.

The online tournament scene might stay in a state of flux for the time being while the new paradigm settles in.

The major real money poker sites will all find a state of equilibrium, while they increase guarantees for popular tournaments and chop out the unpopular ones preventing players from spreading themselves too thin.

Festivals such as the WSOP Super Circuit and the Asian Poker Tour on GG Network will continue to give players with a wide range of bankrolls the chance to win big.

Right now they are absolutely smashing guarantees proving how healthy the scene is.

The future is really bright for the game right now, and it’s up to us to continue to support it in any way we can to take full advantage.

Check out the latest poker news to see what’s been happening in the poker world.