Great news for US poker players! A federal judge has ruled that the Wire Act used to destroy the American online poker industry only applies to sports betting, not to online poker. 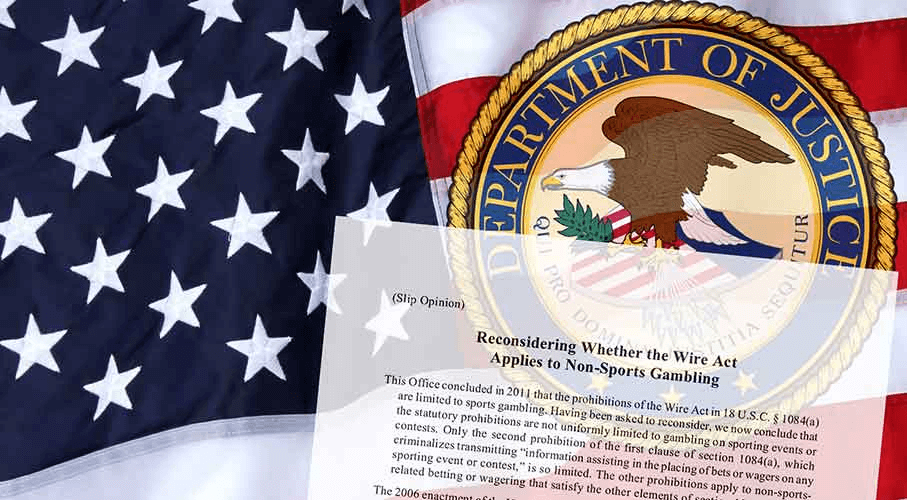 The Rhode Island District Court judge decided that the US Department of Justice (DOJ) must formally declare that the Interstate Wire Act of 1961 only applies to sports betting.

This ruling is the most significant since the dark day of Black Friday—April 15, 2011—and has exciting implications for the future of online poker now that the legalities have been clarified.

The Wire Act in action today is something that is clearly outside of its own time. Signed into law in 1961, its purpose was to prevent organised crime syndicates from operating bookmaking networks over the phone.

Its use to ban newer forms of gambling over later years has been seen as nothing more than an abuse of power for want of a better phrase.

International Gaming Technology Is the Hero

During the presidency of Barack Obama, in 2011 the DOJ ruled that the Wire Act only applied to sports betting but this was reversed during Donald Trump’s tenure in 2018, reapplying it to all forms of gambling.

It was thought that casino tycoon Sheldon Adelson, a generous doner to the Republican Party, had a lot to do with this switch, protecting his own brick-and-mortar casino businesses in Las Vegas.

New Hampshire State took the DOJ to court over this ruling in 2019 and won but the DOJ refused to play ball and declined to formally accept the decision following an unsuccessful appeal.

In November 2021, International Gaming Technology (IGT) went to court to force the DOJ to clarify its stance on the case and in a summary judgement issued on September 15, District Judge William E. Smith ruled in favour of IGT.

The DOJ may have made a serious error of judgement by letting the June 2021 deadline to file an appeal with the Supreme Court pass by, leaving affected companies the option to legally for it to formally accept the ruling.

Shareholders in companies such as IGT rightly claimed that the uncertainty of not knowing or not if they could be prosecuted was unfair and Judge Smith agreed.

“The DOJ’s shift in positions has created substantial uncertainty for broad swaths of IGT’s business. Like the NHLC plaintiffs, IGT ‘should not have to operate under a dangling sword of indictment while DOJ purports to deliberate without end the purely legal question it had apparently already answered and concerning which it offers no reason to expect an answer favourable to the plaintiffs. There is no question that a judgment ‘will serve a useful purpose in clarifying and settling the legal relations in issue’ and afford significant relief ‘from the uncertainty, insecurity and controversy giving rise to the proceeding.'”

What Now for Online Poker?

This judgement now clears the way for all states and providers to pursue a legalised online poker industry without any hindrance from the authorities.

It also should mean that shared liquidity between states should have no legal barriers no more.

After all of this, could the United States once more find a way to re-join the global player pool? It’s a long way away for sure but the road ahead is the clearest it has been for over 11 years.