Eric Persson has challenged Phil Hellmuth to a $1,000,000 heads-up match live on camera after the Poker Brat faced ridicule for shortstacking a cash game at Live at the Bike. 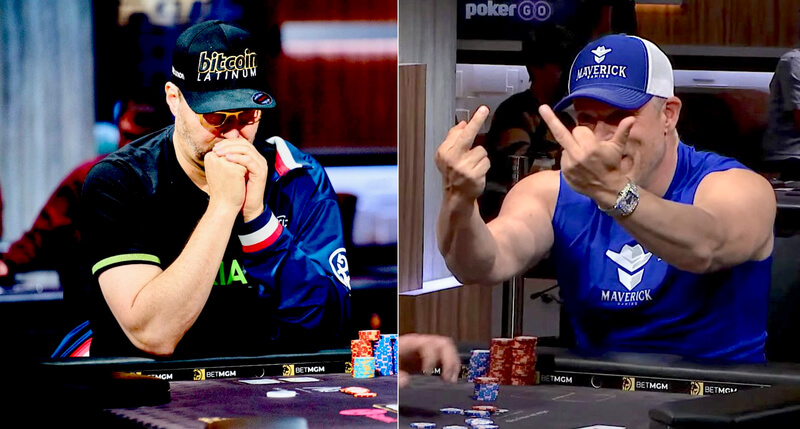 Some followers couldn’t resist joining in and wanted Hellmuth to know that his shortstacking strategy is a joke given his high opinion of himself.

Daniel it’s common for less skilled amateurs to short buy in order to reduce the skill difference and not feel overwhelmed vs. pros. Really no reason to mock them for shot taking in a tough game”

Eric Persson was well aware that Phil Hellmuth doesn’t have the best reputation as a cash game player and tried to bait him into accepting his challenge.

Persson just offered to get @phil_hellmuth a million dollars to play in the game! pic.twitter.com/eEt9Ij73qN

Persson told Hellmuth in front of a camera that he could make one phone call and have $1 million ready to play with but there was no accepting the challenge for now.

Some Twitter posters pointed out that Persson should maybe keep his mouth shut, estimating that he lost $650,000 in the game and might not be so great at the format himself. Although the hand in the video below was a definite $290K cooler.

Phil Hellmuth is a sensitive character and no doubt took on board the criticism from all corners of social media. He quickly promised not to shortstack again with a promise of a minimum $300K buy-in.

This soon became half a million dollars in a later tweet.

So, will we get to see Phil Hellmuth and Eric Persson square up in a $1 million buy-in cash game in front of the cameras? We don’t know yet but we absolutely want to see it.