The World Series of Poker (WSOP) Player of the Year award has come under criticism for its criteria. The long-standing award was originally designed to show the best performing player at the WSOP in Las Vegas. Now, it is only a diluted version of its former self.

Following Chris Moneymaker’s famous victory in the WSOP Main Event 2003, Harrah’s Casino bought the rights to the WSOP label and the poker boom was in full swing.

One of the first changes Harrah’s made was to run a Player of the Year award for the best performing tournament player over the summer. This was seen as a prestigious accolade, and mostly won by a member of the established elite.

This is bearing in mind that the view of who was elite back then was heavily skewed by who appeared on TV poker shows.

Over the years there have been cash prizes, and even cars, handed out to the winners. Now though, there is nothing. 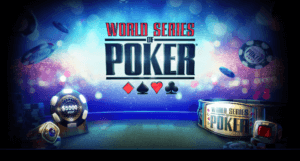 Sadly, the situation has declined further. In 2007 the PoY leaderboard was extended to the inaugural WSOP Europe, and again in 2013/14 to the WSOP Asia Pacific. The WSOP Europe is much less well-attended than the annual pilgrimage to Las Vegas.

This means that the current points system is heavily favourable to the higher stakes players who can travel at will and play for weeks in these events with smaller fields and prizes. These tournaments payout PoY points pretty much the same as the larger fields in Las Vegas.

With points handed out just for cashing, players chasing PoY greatness are now incentivised to actively avoid large fields in more prestigious events. This takes something away from the tournaments that they would choose if the PoY wasn’t a factor.

Players should be going for glory in the biggest events they can afford to play. Not taking a self-centered approach of organising their playing schedule to win a meaningless award.

Here is how I would fix WSOP POY:

Limit cashes that count to 12

Make min cashes worth close to nothing

Live tournament legend Daniel Negreanu appears to have been listening. He tweeted a list of improvements he thinks will “fix” the PoY. Limiting the number of cashes that count to 12 and almost doing away with min cashes sounds like a great suggestion.

This would indeed go a long way towards making it unnecessary to traipse to Europe and target the smallest events just to eke out a few extra leaderboard points. He also, sensibly, addresses the need to limit the effect of final tabling the WSOP Main Event.

With only your best 12 scores counting, the “main event would mean too much”. This suggestion actually came under fire for downgrading the importance of the flagship event.

How Important Is the WSOP Main Event?

Some opined that final tabling it should give a player a shot at winning the whole thing. Even if the PoY is all about consistency. It’s unlikely that we will ever see complete agreement on this point.

Less points for a main event final table I disagree with. You should have a shot at POY just for FTing it. Truths.

Chris Kruk, another high-stakes player, whose opinion is respected, gave his thoughts on the matter in a recent interview. Talking to Jaime Staples, he slated the idea of chasing as many cashes as possible.

At 2:10:00 in this video you can hear his thoughts on why it is such a bad system right now.