Week after week the Super Tuesday on PokerStars produces, due to the high buy-in of $1,050, one of the toughest fields in the online poker world.

Yesterday 386 players created a staggering prize pool of $386,000. It took more than 5 hours until the 55 paid places were reached. 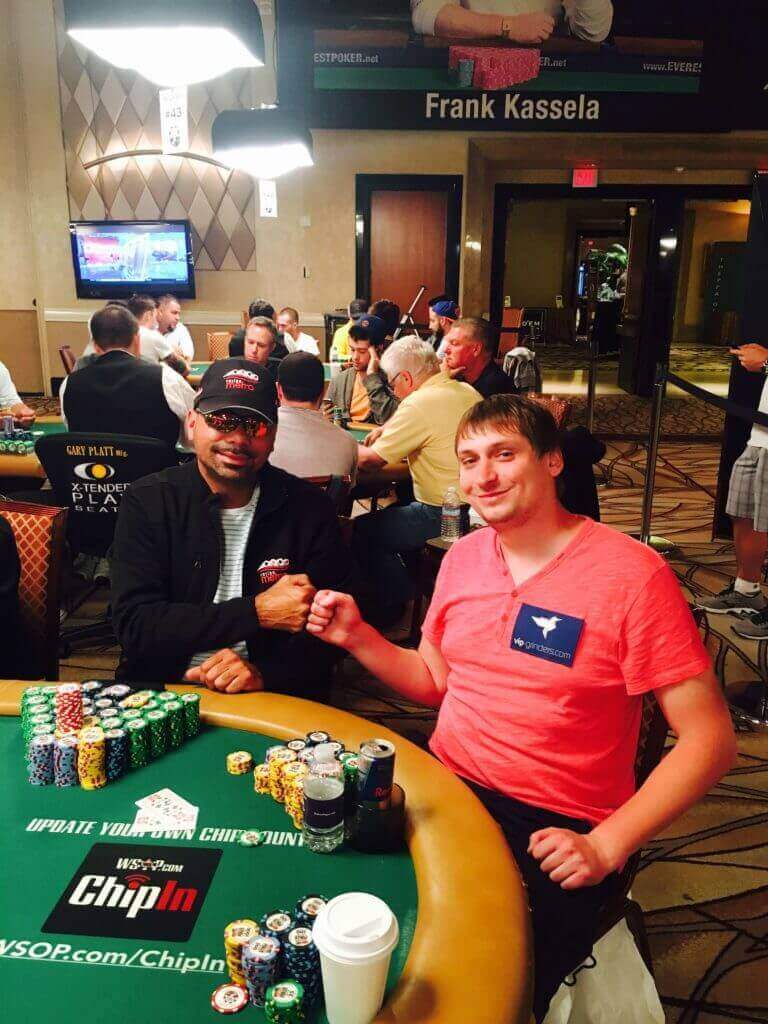 At that time he was second in chips and felt that this could be his tournament, but then he lost a huge pot against NOBBSY_8.

On a board of Qc-7h-5h-Jh Andrew had the nuts on the turn with Ah-6h and a lot of chips were already in the middle. However, on the river Jc the board paired and his opponent went all-in. Horinov called just to get shown Pocket Queens for the nut full house.

After that hand “SupaJah” dropped in the chipcount, but he fought back. With 18 players left he took over the chiplead.

Here are the chipcounts at the beginning of the final table:

Andrew came as massive chipleader to the final table. With 4 players left he already held more than 50% of all chips in play!

At the beginning of Heads-Up play Andrew still had the lead with 5,803,392 chips to droulis9’s 3,846,608. droulis9 is a very accomplished online player, so it was still anybody’s game. 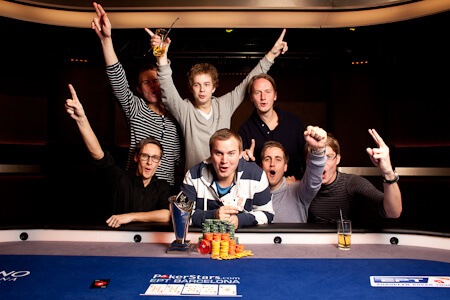 Not for long so as Supajah dominated right from the start and pulled away until he had a more than 4 to 1 chiplead, when heads-up play began.

The last hand proved to be spectacular: Andrew raised at Blinds of 25k/50k to 100,000 from the button holding Pocket Sevens. Droulis9 then pushed all-in from the big blind for 1.5 million and A5o. The flop A-3-A brought him trips, but on the turn a seven hit to make SupaJah a full house.

After a blank on the river VIP-Grinders Russia Head Andrew “Supajah” Horinov won the Super Tuesday for $69,954.54!

Big Congratulations from the whole VIP-Grinders Team for this great victory!

Poker live streams and poker videos on Twitch Poker or YouTube have been skyrocketing in popularity in recent years.

Nowadays, you can pretty much follow all major poker tournaments live on your mobile phone or computer.

Therefore you can follow your favorite pro players, regular grinders who are casually playing online or follow live poker events.