“I’m taking Phil Hellmuth for a dance on the felt”

The Daniel Negreanu vs. Phil Hellmuth heads-up match is dominating the headlines these days, but now another poker legend challenges the Poker Brat: His arch-rival Tony G!

When it’s safer to travel, I’m taking @phil_hellmuth for a dance on the felt.

Who can set this up? International TV is a must!

We recently reported that Tony G has resigned from Lithuanian parliament to focus on poker again. Now Tony follows up his words with actions by challenging Phil Hellmuth to a heads-up for rolls.

Daniel Negreanu previously had challenged Phil Hellmuth to play a heads-up grudge match online, but the Poker Brat only wants to play live on High Stakes Duel, which DNegs hasn’t confirmed yet. Now it looks like Tony G is ready to jump in and fill the gap!

“Want to hit the felt with Phil Hellmuth sooner rather than later!”

Moreover, is seems like Tony G wants to speed up things and that he can’t wait to battle his arch-rival:

Thank you John – I agree, poker should always be fun – hopefully can give you something new to watch soon – Want to hit the felt with @phil_hellmuth sooner rather than later! https://t.co/FziDaV8C62

At the latest since their appearance and argument on “The Big Game” in 2011 the Tony G vs. Phil Hellmuth feud is absolutely legendary. 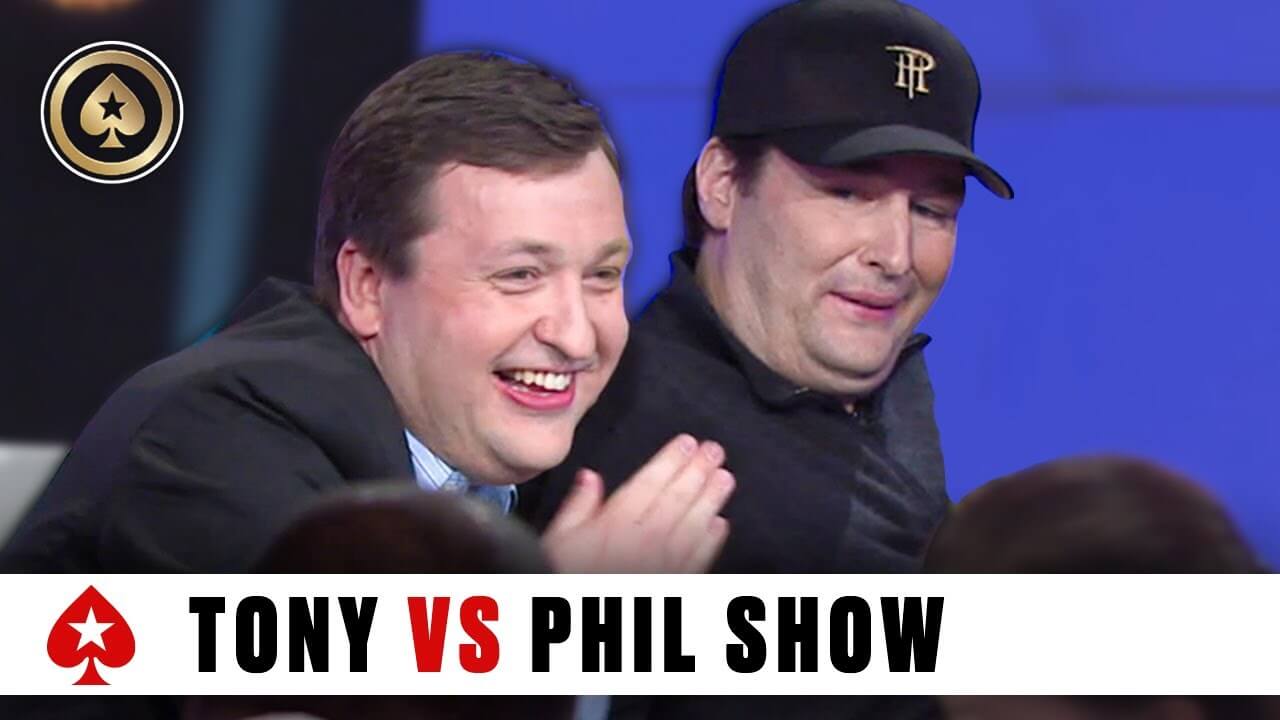 Back then, Tony G claimed that he 3-bet preflop without looking at his hand. Hellmuth fell for it and moved All-In just to get shown A♥K♥ by Tony, which had Hellmuth’s A♠J♦ crushed and won Tony a large $62,800 pot.

The Poker Brat was raging and shouted:

“You lied!” and Tony replied “Of course I lied. It’s poker Phil – what do you think this is?”

After losing the hand, Phil Hellmuth stood up and left frustrated without re-buying, while Tony G shouted: “You don’t belong in this level, Phil” as the Poker Brat was leaving the room.

A Tony G vs. Phil Hellmuth heads-up match would make for great TV!

As you can see above, a heads-up match Tony G vs. Phil Hellmuth would make for some great TV full of Trash Talk, needling and making fun of each other.

Poker needs characters and feuds such as Phil Hellmuth and Tony G and we therefore hope that the match is on soon!

Please check back frequently at VIP-Grinders.com as well as in our poker news section as we keep you updated as soon as there are some news.