The usual Sunday action was back on partypoker this weekend as well, with the $5,200 High Roller Big Game “headlining” the evening.

As you could get used to it by now if you’re reading our weekly MTT report, the $500K guarantee was passed once again in this Sunday high roller. It was thanks to the 118 players registering, including a number of famous partypoker ambassadors. This time, Anatoly “NL_Profit” Filatov and the most prolific grinder of them all, Roberto Romanello was in the mix – however, both of them failed to cash.

Unlike Niklas “Lena900” Astedt, who plays under the screen name “PayandPlay” on party. He came in 2nd for $103,250. Just last week, we reported that he became the biggest online MTT winner of all time after hitting $17.9 million in career earnings.

The eventual winner, the player playing under the rather mundane screen name “Player_1234” defeated him heads-up for the title. The new champion pocketed no less than $144,550.

The other recurring party feature in our Sunday MTT report is their famous bounty tourney, the High Roller Gladiator.

Bounty tournaments are getting more and more popular every day. Recreational players enjoy the experience of winning money even if they can’t cash in an event. Meanwhile, professionals lower their variance with the other “source of income” in the tourney.

Perhaps that’s the reason the High Roller Gladiator keeps crushing its guarantees at any given Sunday. This week, 117 players bought in. That meant there was $239,850 in the middle to play for.

It was the player playing under the screen name “MexicanJoker”, referencing a recent episode of the American animated series South Park, who got the biggest chunk of that change. He collected $35,077 in bounties and an additional $22,412 in first prize money.

Natural8’s famous nosebleed $25K high rollers have been absent for two weeks now. The reason behind it is unclear.

However, there’s still plenty of exciting action on the site thanks to their new initiative called GG Masters. The GG Network is putting on a $150 Sunday tourney with massive guarantees.

Last week, for the first ever GG Masters, that guarantee was $250K. Undeterred by the overlay, GG raised it up to $300,000 GTD this week. However, alas, the guarantee wasn’t met this time either. “Only” 1,901 players entered.

However, that didn’t bother the player with the screen name “MwonderchilD” from Malta who emerged victorious in that large field. He was rewarded with $36,975 for his efforts.

A couple of overlays in a brand new weekly tournament with a high guarantee is nothing to worry about for the GG Network. Natural8 is still crushing it.

To prove that point, next up in our Sunday MTT report the High Rollers Main Event $500 at Naural8. The $100,000 guarantee was passed thanks to the 222-player field. The prize pool eventually weighed in at an inviting $105,450.

It was the player playing under the screen name “mikleler” from Russia who triumphed at the end after over 8 hours of tournament play. He pocketed over $18,000.

The player with the screen name “PatrickStar5” was the one who took this one down, along with the $55,470 first prize money. He emerged the victor after a hard fought heads-up battle with runner-up finisher “Sr_Patata”. 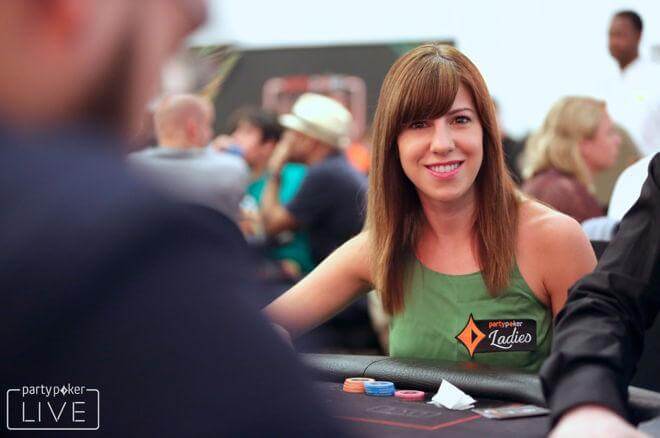 If you wish to browse the previous weeks’ biggest scores, check out our MTT report page.