Ukraine’s most successful poker player, Eugene Katchalov, has fled his home country into Hungary to escape the Russian invasion.

As tanks and troops headed towards Kyiv, Katchalov and his wife teamed up with a small group of friends to head west on a 500km trip in the hope of reaching safety before it was too late.

As it happens, this turned out to be a good decision because the city of Kyiv is now surrounded, making further evacuations impossible.

Hey guys, I’m in Kiev, #Ukraine. Woke up to the sound of a distant explosion and decided to leave the city with my wife.Gathering in a small village with some friends to decide on next steps.

Anyone know how to get in touch with the US embassy to advice on suggested next steps?

Although not the longest journey to complete, long, winding roads through the Carpathian Mountains saturated with other refugees fleeing the fighting must have made the trip feel much longer than it actually was.

Katchalov and his wife changed plans multiple times along the way before eventually settling on Hungary due to massive border queues at the crossings into Slovakia and Poland.

Eugene Katchalov was born in Kyiv in 1981 but moved to the United States while still a small child. He became a US citizen in 1991 but always represented Ukraine at the poker table. 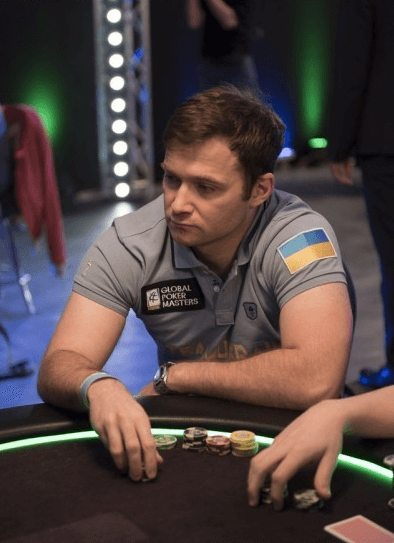 Fortunately for he and his wife, his US passport was the key to getting out of the country as all males between the ages of 18 to 60 have been ordered to remain in order to fight if necessary.

The former Team PokerStars Pro retired from poker in 2018 and remains Ukraine’s most successful player with $9,242,219 in live tournament winnings.

Even after not racking up a score in the last four years Katchalov is still in 115th place on the all-time winners list, although down from a high of 35th place.

It’s obviously a tough time for Eugene Katchalov and all of his compatriots, but at least he has shown he still has a sense of humour in the following tweet.