Phil Galfond is considering throwing in the towel in his first match of the Galfond Challenge. The 35-year-old American got off to a horrendous start and things have continued in the same vein. 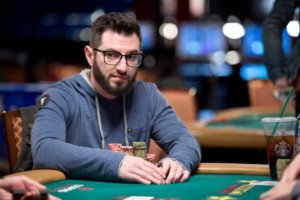 Unfortunately, my downswing in the first #GalfondChallenge has very much continued.

I’m taking a step back to do some thinking. Here’s an update, along with some more of my thoughts: pic.twitter.com/jIcN4Bc1Jz

Positive thinking is a mainstay of any professional poker player, but it can only help so much. A total of 9927 hands have been played over 15 sessions leaving Galfond down a monstrous $900,240.

The Run It Once founder has only come out ahead in one single session so far and hasn’t looked like even beginning a turn around yet. So, it’s only natural that he begins to consider whether or not it is worth continuing at this stage.

Galfond insists that it is not clear which player has an edge, even with the results skewed heavily in one direction.

With that in mind, any more hands played can be done thinking about just pure EV. The Galfond Challenge match is unlikely to be saved but why run from completing the hands agreed. 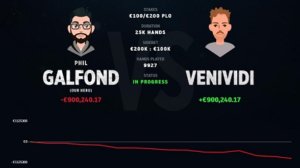 Losing an amount close to $1 million is something Phil Galfond has experienced before. Any issues with his mindset are related more to pride than with dumping such a huge amount of cash.

Even so, when things are going so badly us observers get a good demonstration of why even mental game ninjas such as Galfond find it hard to perform.

He maintains that he is proud of the way he has handled such a bad run, but there is a time when he must consider taking a step back to regroup and consider his options.

“I was playing scared…I simply couldn’t get my brain to work properly. The most difficult thing about an extended downswing isn’t the loss of money — it’s the loss of hope.”

Everybody has their limit and Galfond has admitted that following a €268,000 loss in one session he couldn’t even maintain playing his B game.

This is clearly worrying for him. He even conceded that he was playing scared money which is fatal for poker players of any level, let alone at these stakes.

“Regardless of where we stood at the start of the match, I’m confident that my C game is a big underdog to VeniVidi’s A game…and I don’t believe I can realistically expect to get back to playing my best soon.”

Phil Galfond now intends to sit back for the rest of the month and will reassess his position. Between the last session and February 19 2020 there were six more planned match days. These will be abandoned at the cost of a penalty €3,000 per day.

This is obviously chicken feed compared to all previous losses. On March 1 2020 Galfond will decide if he feels the match is worth continuing or whether it is more prudent to accept the loss and move onto the next competitor.

One feels that the break is less about Galfond assessing his willingness to continue and more emotionally coming to terms that he has been destroyed so far.

Speaking up for Galfond, his observation is true that even being a huge underdog to VeniVidi he should still not be in this position.

“I don’t know who has an edge but I know that I’ve been unlucky because if he’s a big favorite, I should still win 35-40% of sessions rather than ~8%.”

You can keep an eye on the latest poker news here to see what Phil Galfond decides. If he decides to continue or move onto the next challenger you can watch the battle here.

Join Run It Once Poker and Get €600 First Deposit Bonus Plus Up To 75% Rakeback!