After the successful launch of the $50 Sit & Go Hero Special Edition, Partypoker and Bwin have now also replaced their $3 Hero games with the new Spin & Go format.

That means the Sit and Go Hero Special Edition is now also available for low and mid stakes: 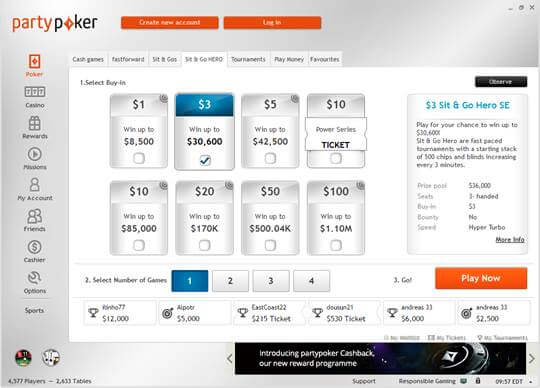 The Partypoker and Bwin website have been updated already and the new $3 Sit and  Gos are live, so check them out now!

And even higher stakes…

After the huge success of the $3/$50 Sit & Go Hero Special Editions, Bwin and Partypoker have now also replaced their $100 Sit and Go Hero games with the new format (3-handed, 2 minutes clock, no bounty). 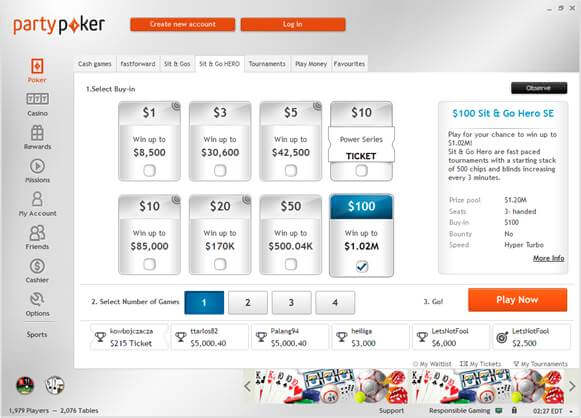 As you can see in the image above, the new $100 Sit and Go Hero Special Edition, where you can win up to a staggering 1,02 Million Dollar is already live in the client!

It is using the following payout table:

What is the Sit and Go Hero Special Edition?

A lot of players have been asking for low and mid stakes Sit and Go Hero Special Editions and Partypoker has responded quickly.

In the $3 Sit and Go Hero Special Edition you have the unique chance to win up to $30,600 in only a couple of minutes!

The Payouts and Probabilities

The game is already live in the client and uses the following pay table: