Talal Shakerchi has been crushing high roller events for years. Now he was back at it in the PokerStars High Roller Club with a 1st and 3rd place finish in two major events.

The Sunday Supersonic is a poker player favourite in the Sunday Grind as it takes less than two hours from start to finish. 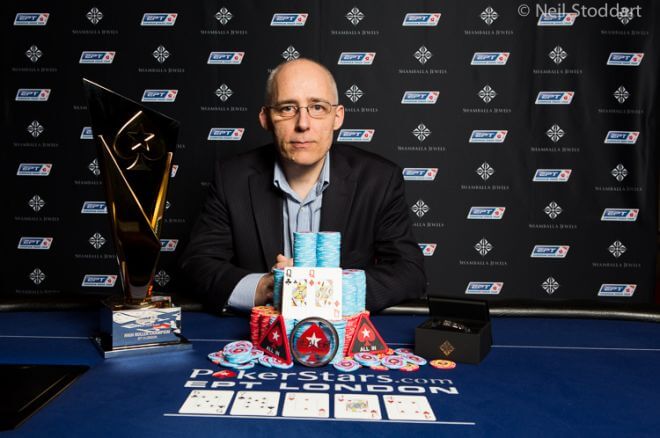 Only five places were paid and tournament legends Michael “imluckbox” Addamo, bencb789 and Phillipe “takechip” D’Auteuil all busted before the bubble.

Biggest name among the Final Five was Talal “raidalot” Shakerchi and he managed to take down this prestigious event by defeating “gantorius” from Austria heads-up. 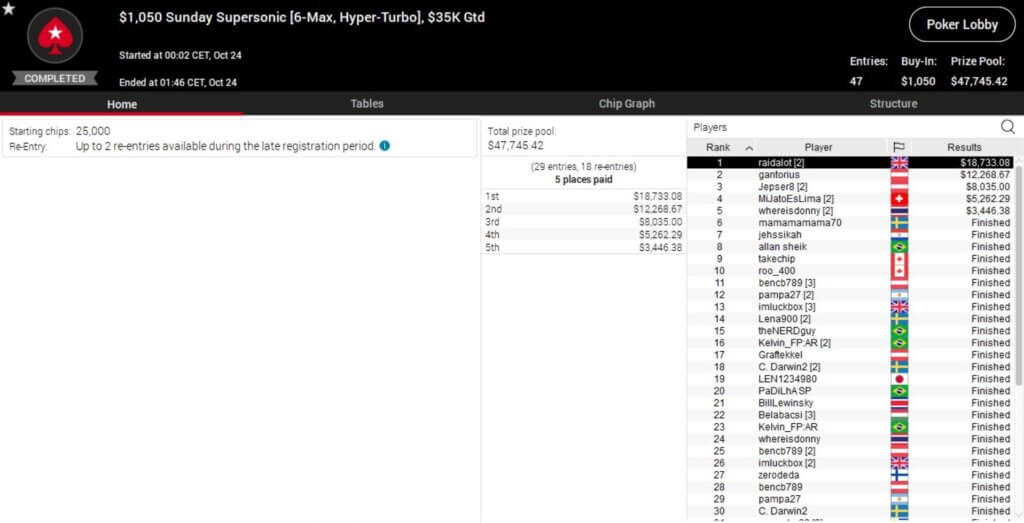 And Talal was far from being done, since he also had a deep run in the Titans Event, PokerStars flagship and most expensive weekly tournament.

There were only six paid places and the Titans Event field consists of the best poker tournament players on the planet. 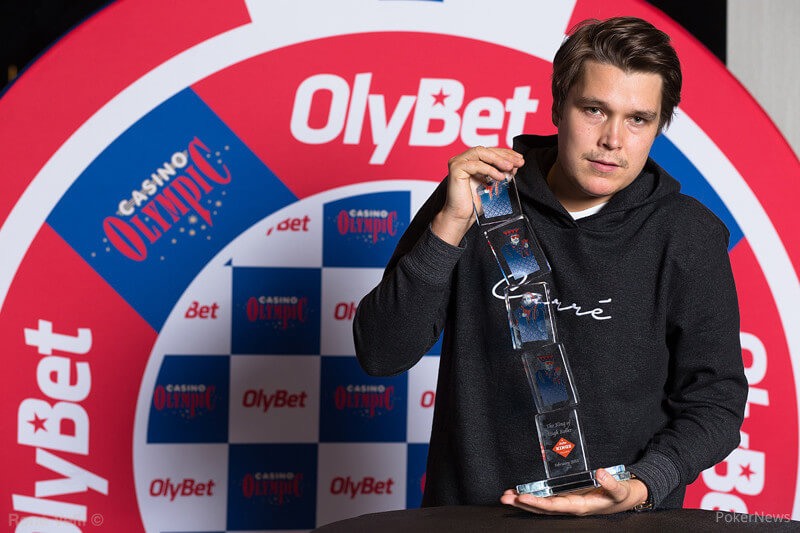 Shakerchi came very close to his second major title of the night, but then busted in 3rd place for $49,438.41. Great performance by the businessman!

The second big story was that Eelis Parsinnen had the chance to win the Titans Event back-to-back after last week’s victory, where he banked a whopping $109K.

This time Parsinnen had to settle for second place, since “SerVlaMin” proved to be too much to overcome heads-up. 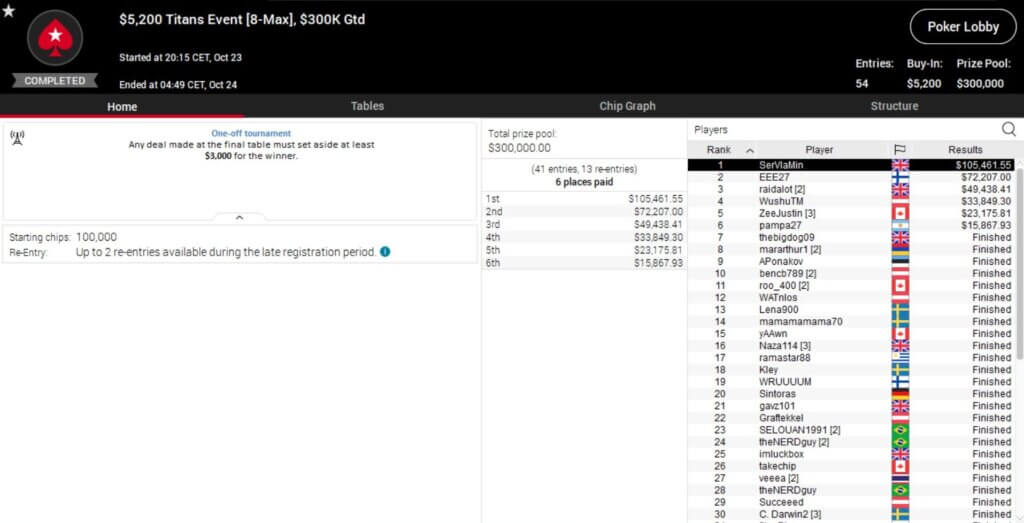