The $25,500 High Roller Club Main Event is a new addition to partypoker’s tournament schedule and has already established itself as one of the absolute highlights.

Yesterday evening 31 of the best tournament players in the world signed up and US high roller regular Nick Petrangelo was the last man standing. 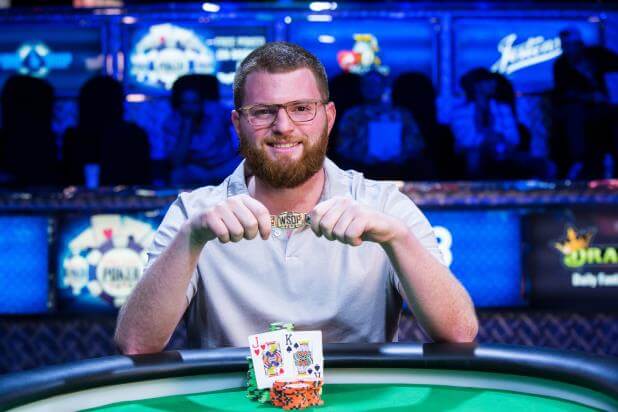 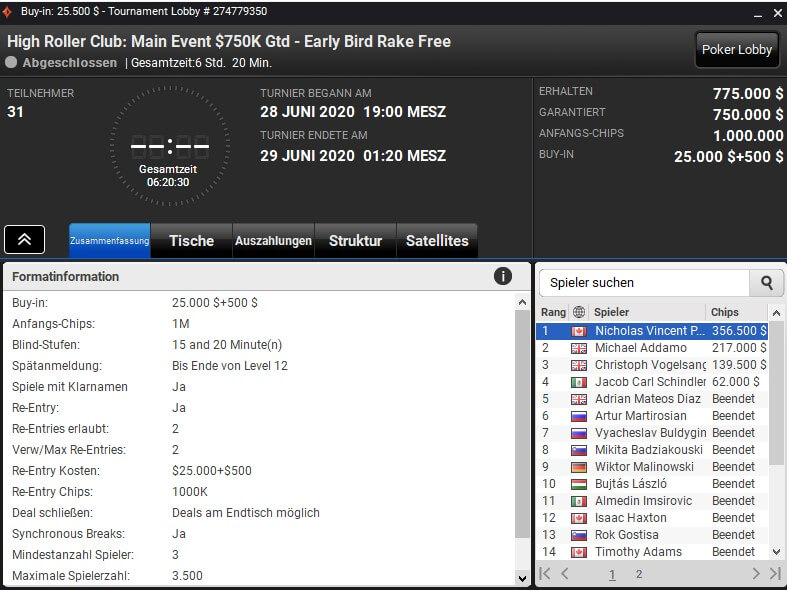 The Sunday Million is the most legendary Sunday Major and yesterday 12,860 entries once again smashed the Guarantee of $1,000,000. 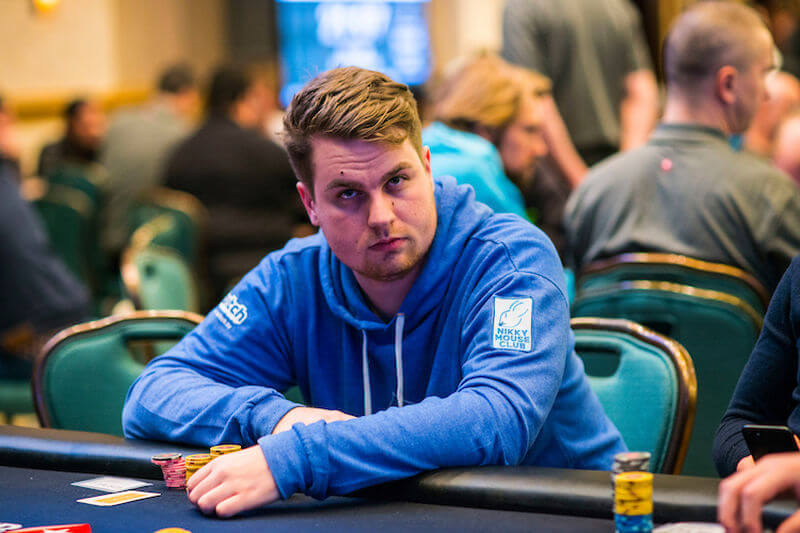 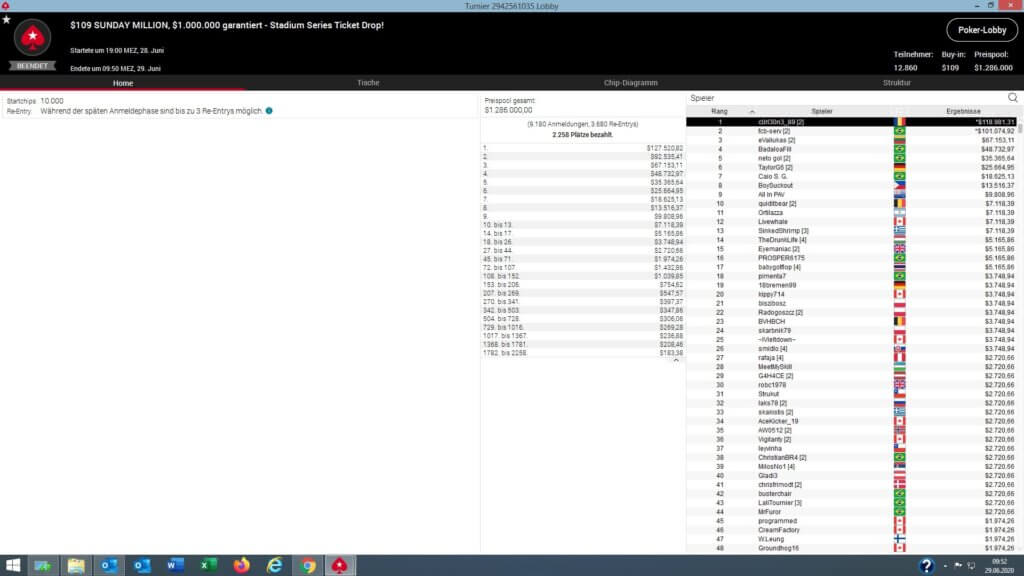 Ike Haxton is having a fantastic year online as he already won two big titles and now added a third one. Last night Haxton rode to victory in the $10,300 Mix Max 2nd Chance at partypoker. 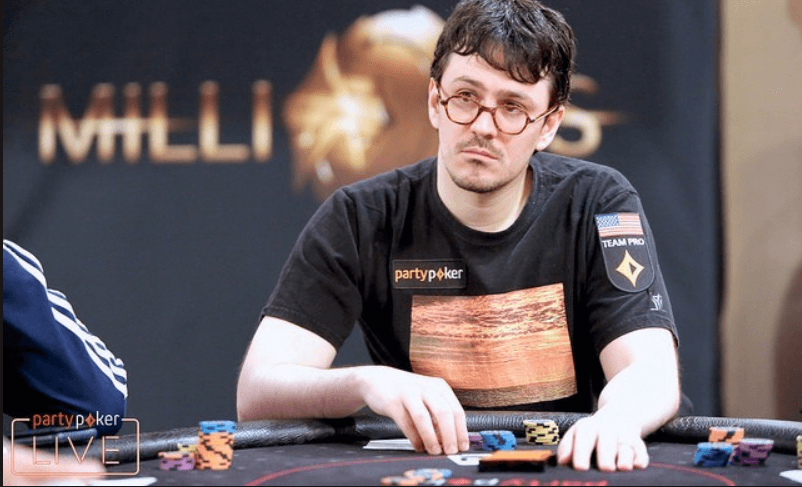 This is one of the toughest online tournaments, which the lineup of the final table very much reflected: Niklas “Lena900” Astedt, Juan “malakastyle” Pardo Dominguez, Timothy Adams, Wiktor “Limitless” Malinowski, Fedor Holz, Stephen Chidwick, Anatoly Filatov and Viktor Blom speaks for itself.

Isaac Haxton left all of them behind him and as the icing on the cake beat the Number 1 online player “Lena900” Heads-Up to add another $184,000 to his bankroll. 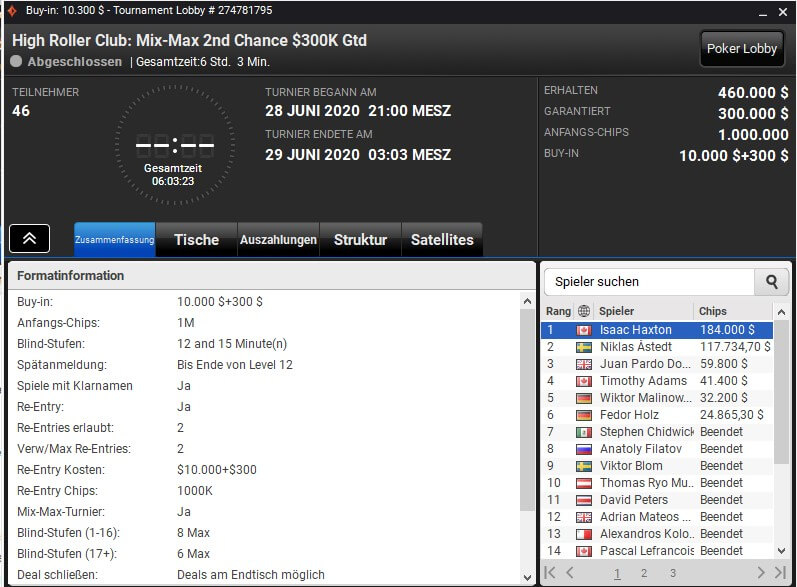 The Freezeout Series at 888poker came also to a worthy conclusion with three Main Events left to play.

The Mini Main Event offered players the great chance to play with a small buy.-in of only $33 for a big, guaranteed prize pool of $40,000. It became a big success with a staggering 2,350 players signing up for it to smash the guarantee.

The last three players “everbold” from the UK, “cretzzu93” from Romania and “luish64” from Brasil agreed to a deal and to only play for the trophy.

The latter took home the prestigious title plus $6,037.66 in prize money. 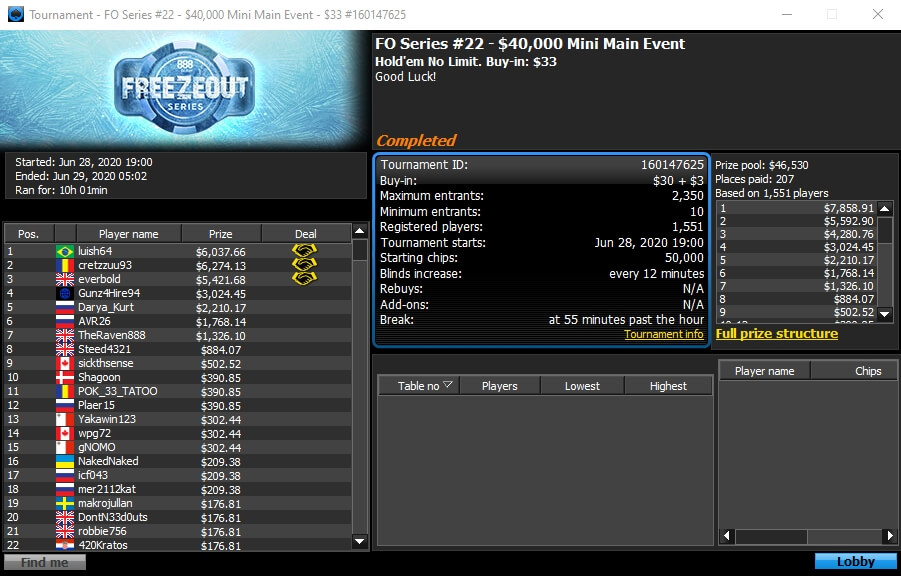