Potential Poker Cheater Mike Postle challenged Doug Polk to a Heads-Up Match on Mike Matusow’s podcast, which itself turned into a complete farce. Everybody knows that Doug doesn’t play poker anymore and Polk answered by inviting Mike Postle to go live with him on his podcast.

We already reported intensively on the Mike Postle cheating allegations and also published an in-depth article on everything we know about the cheating scandal so far.

Now the Mike Postle went on Mike Matusow’s “The Mouthpiece” podcast to present his version of the story and we will sum up here what he had to say. 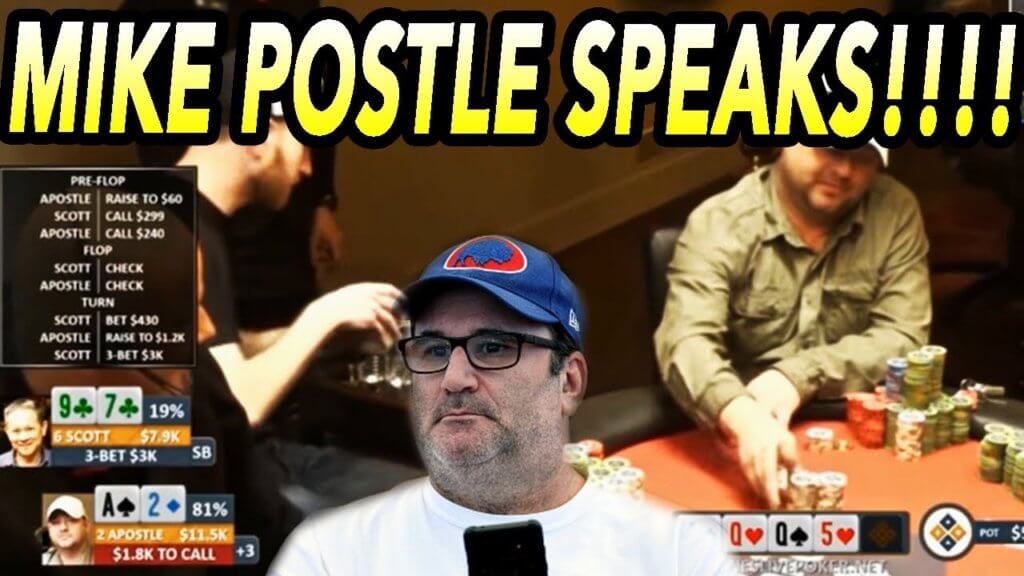 One thing to begin with as it a very important beckground information, before the interview Mike Matusow said the following:

I don’t think he’s cheating at all , I’ve won 54 sessions in a row before! I think he has great instincts and everyone is slandering the guy without anything to go on! https://t.co/hZZjDUsgon

I honestly dont give a fuck what people say about interview i did with @mike_postle you sick media fucks love to spin stories to fit your narratives, i had seen 2 hands & gave guy a platform to speak allegations put upon him! Accusing me & my gf of being on drugs is despicable!

This alone really questions Matusow’s responsability and neutrality and on Joey Ingram’s podcast he even said: „I want him to be innocent.“

In addition to that, he admitted that he has only seen two hands played by Mike Postle and that he didn’t have any further information on the matter. Furthermore, Matusow continued to state several times thoughout the podcast how high he is.

Not really the kind of preparation and things you want to here from someone doing an interview with a player, who has potentially caused the biggest scandal in the history of live poker.

Keep this information in mind, now let’s get back to the podcast and sum up what Mike Postle had to say.

Mike Postle: „I do consider myself to be one of the best players in poker“

We have summed up the most significant statements by Mike Postle here:

„I play regularly in four different casinos in California. I do consider myself to be one of the best players in poker. I no longer have a problem with admitting that and showing that. I have a lot of notifications online popping up saying play with me in a fair game and I will destroy you. Well, I will accept as many challenges as possible.“ 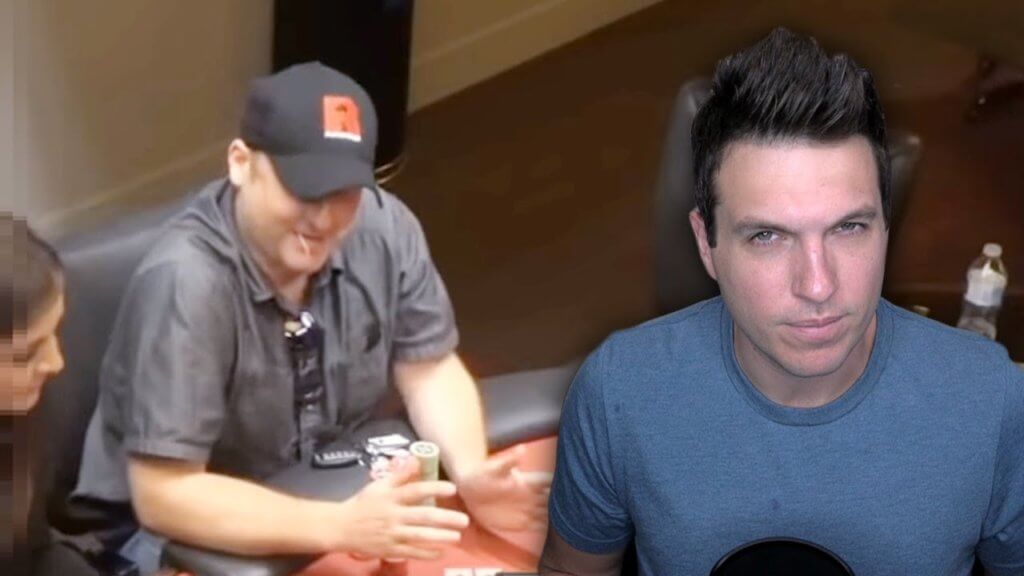 This clearly shows how delusional and what a Megalomaniac Mike Postle seems to be.

During the entire podcast, you get the impression that he is desparately trying to come over as extremely self-confident and if he would have nothing to hide, so much that it is already suspicious.

He then wents on to comment on the cheating allegations:

“First of all, the number they gave of me winning $250,000. I think that was a year’s time. That couldn’t be further from the case. It’s absolutely impossible for me to be doing what they’re claiming. It’s one thousand percent impossible.”

After declaring himself innocent. Mike Postle then went on to challenge Doug Polk, one of the chief investigators in the cheating scandal, to a Heads-Up match with the words: “I Will Play Anyone Heads-Up.“

As everybody and very likely also Postle knows, Doug Polk publically announced that he is not going to play poker anymore in September 2018.

Doug Polk invites Mike Postle to go live with him on his podcast!

Consequently, Polk refused the offer, but countered with challenging Mike Postle to go live with him on his podcast:

I officially challenge @Mike_Postle to go live with me and explain the questions regarding the cheating allegations.

There will be tough questions. This isnt the @themouthmatusow pod where you get your feet massaged by the fire.

Here are some reactions from the pros to Mike Matusow’s podcast with Mike Postle:

Due to the clear lack of preparation and neutrality of the interviewer Mike Matusow, many poker players called the podcast with Mike Postle pathetic or a farce.

We have listed a couple of opinions tweeted by the poker pros on the Matusow podcast below:

Haven’t tweeted in a while but I should join this battle of good against clear cheating. Mike Postle is a cheater and Mike Matusow is still actually brain delayed. It’s honestly beyond sad to listen to.

@themouthmatusow the man who can get the answers the poker community needs. Shows up high and doesn’t ask any questions. Love it

It’s awful ass kissing, I got bored when Mike announced how high he was for about the 10th time in five minutes and switched off, really its not worth listening to, just a car crash of an interview. https://t.co/i7YeAKURfR

We have included the full podcast with Mike Postle consiting oft wo parts below, so that you can get an idea what they are speaking about.