The €1,500,000 GTD May Poker Series (MPS) starts tonight on the iPoker Network.  Rooms such as Betsson, Guts, and Betfair will have tables ready for 67 tournaments, culminating in a main event that has a €200,000 guarantee on its own.

Massive Guarantees on the iPoker Network

The tournament scene on iPoker is on the up right now, and by the end of the month we expect new records to have been set.

The May Poker Series is one of those online festivals that has something for everyone. Buy-ins range from €5 to €1,100, with the vast majority lying under €100. There’s no excuse for MTT fans not to get stuck in here.

This is an exclusively NL hold’em series with a single 6+ hold’em (short deck) event thrown in for good measure. Fans of PLO and mixed games will have to wait until next time, but we’re sure that your turn will come soon enough.

When the iPoker Network announced it’s Bounty Hunter Series three months ago, we didn’t expect another festival so soon: especially one that was even bigger.

That series in February and March was the biggest on the network for over four years, and it will soon be surpassed.

In fact, the average guarantee for all 67 upcoming events will be more than double what we saw earlier this year—a cool €22,400! For players who have smaller than average bankrolls this is a chance to win big and get some momentum behind your career.

Those who don’t have the time to be grinding for the whole month might be interested in saving themselves for the main event—May Fever #50 €200,000 GTD. It’s only €100 to enter and there will be multiple starting flights at your convenience.

If you manage to bink any event that you enter, you will automatically take a seat in the Tournament of Champions May Fever #68 €10,000 GTD alongside the other winners. 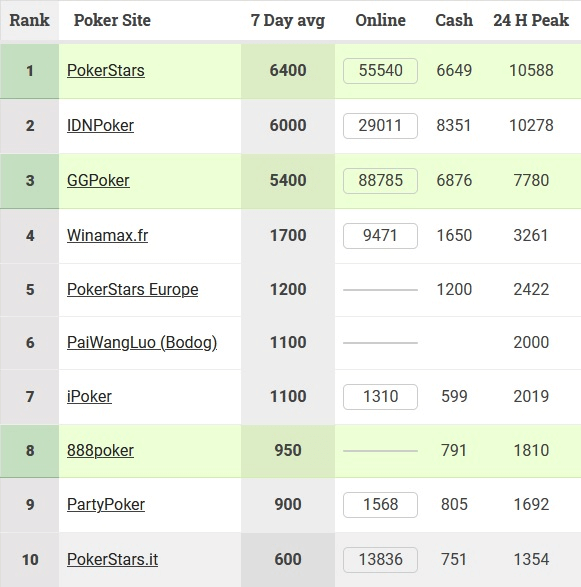 After slipping down the rankings, the iPoker Network is now rising fast on the cash game leaderboard. Once upon a time PokerStars dominated with nobody close, but now GGPoker is a serious rival for top spot.

The iPoker Network has now sailed past partypoker and 888Poker to sit in seventh place on the worldwide traffic list, and threatening to rise even higher..

How much higher can it go? It definitely looks like there’s a major push going on right now to reclaim past glory. Cash game traffic has increased significantly over the previous 12 months, and with tournament series such as what we’ve seen this year it is a room to keep a close eye on.

Don’t forget to check out the latest poker news to see what’s been going on in the poker world.