A family in Calgary have received threats after Canadian police broke up a poker game in a downtown bar. A man from the family spoke to Western Standard newspaper on condition of anonymity explaining how the police revealed who the informant was. 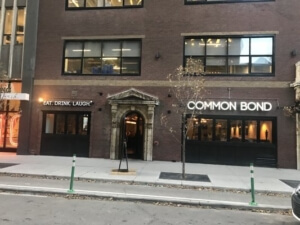 The man being threatened by his fellow poker players has been receiving threats over retribution and promises to disrupt his upcoming wedding.

He said he received an invitation to a private poker game in a downtown bar called Common Bond. As many as 90 people were invited which led to the man giving the game a wide berth thinking it “an iffy judgement call”.

Speaking to the Western Standard he said,

“When the police came there were only about eight players left in the game,” the man said in an interview with the Western Standard.

“One hundred per cent, they told everyone it was a female with the last name of [undisclosed] who was the informant, so it was pretty easy to figure out where the tip came from.”

The man’s mother was brought to tears over a text message that threatened repercussions over his wedding. 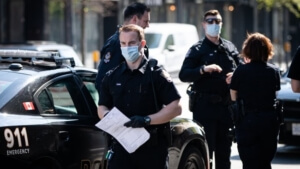 The owner of the Common Bond bar said they were legally allowed to host 175 people, and so broke no laws.

Omar Polyniak said the restaurant placed three tables for six people for the private poker game. All in accordance with COVID regulations.

“I’m a family restaurant struggling to survive. We did absolutely nothing wrong but people have already called to cancel reservations,”

Polyniak also said that police did not tell any of the eight players caught playing who had reported the game for breaking COVID-19 regulations.

The man who was threatened made a formal complaint to the police over the breach of trust. He said,

“For the cops to say who the person was that ratted them out is very concerning,”

“It can be dangerous to do that in some situations.”

Both the police and the organiser of the game were contacted for comment but neither chose to do so yet.