Doug Polk has announced that he is to retire from producing poker strategy videos. The YouTube poker icon claims to have lost the love he once had for making them and also feels he has nothing new to add.

It’s probably better to not say this, but I want to be honest with my audience… I dont see myself making another poker strategy video.

I’ve made hundreds of them, dont enjoy making them, and I dont feel I have new things to add any longer. Hanging up the 🥊’s on poker hands.

End of an Era 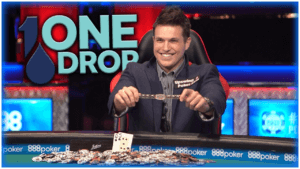 Doug Polk has long been one of the most polarising characters in the game. The self-proclaimed best heads-up cash player in the world has made millions of dollars over the last decade and entertained thousands with his exploits.

Never one to shy away from stating his opinion, he has always gotten heavily involved in any important discussion that affects the poker community.

Of course, this has often led to criticism when emotions are running high. That said, it has been great to see somebody prepared to lay all the facts out in an honest fashion.

On the plus side, for his fans at least, Polk says he still enjoys the poker news niche and will also continue to produce podcasts as stuff happens. Judging by the replies to his original tweet this will be a popular move.

Probably gonna be in the mix for poker news videos or podcasts as stuff happens… I like making those. I also enjoy the creative videos, my favorite moments are doing my best to create laughter for my audience


Immediately there was a request for a storyline series detailing his climb through the ranks. All the way up to facing the likes of Ben ‘Sauce123’ Sulsky and Ike Haxton.

Is there any chance we can get some story videos? Your video about climbing the ranks and finally facing Ike and sauce was on of my favorites.

Other replies were in the vein of being thankful for introducing people to the game through entertaining content. Polk himself says that creating laughter for his audience is his favourite moment in the process.

Was real skeptical when you came on the scene making content but my then girlfriend (now fiancé) came to love the game through your content and I enjoyed it thoroughly myself. Thank you

People will remember the merciless ribbing of Daniel Negreanu over his “more rake is better” comment. It is irrelevant whether or not Negreanu really meant it exactly like that. The point is that Polk stood firm against people making comments that can have a hugely negative effect on the online game.

Doug Polk’s YouTube channel is the most popular of its kind. There are a couple of others with more subscribers, but nobody else covers the full spectrum of poker videos like Polks does.

Unfortunately, with his diversion into the cryptocurrency world, we have seen a slowdown of production over the last year. Coupled with the work that must go into his Upswing brand, it was obvious that sooner or later something would change.

The YouTube channel has seen many highlights over the years. One of the most popular was the $100 into $10,000 bankroll challenge. While this can’t have been difficult for anybody playing mid stakes, it was fantastic to see it being done in real time.

This series also did great work for promoting the game as a whole to new players. People could see with their own eyes what was possible with a little hard work.

More recently, Polk, often alongside Joey Ingram, has produced an in-depth analysis of the Mike Postle cheating scandal. This coverage has been unrivaled across the internet. Luckily, this is the kind of work that Polk enjoys and will see more of. 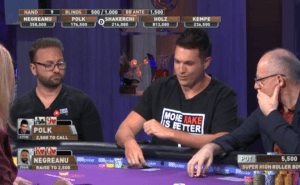 Here are a couple of classics that Doug Polk produced.

The first is an epic hand between Tom ‘durrrr’ Dwan and Patrik Antonius. The $561,800 pot was played on TV show Poker After Dark and this video is Polk’s most successful with 1.9 million views.

The second is a great take down of Dan Bilzerian and his poker abilities. With 1.5 million views there isn’t any wonder that people no longer believe Bilzerian’s story that he made his fortune from playing high-stakes cash games.