Dan Bilzerian to run for President!

The self-proclaimed King Of Instagram Dan Bilzerian has confirmed in an interview with TMZ that he will be running for president in 2024. 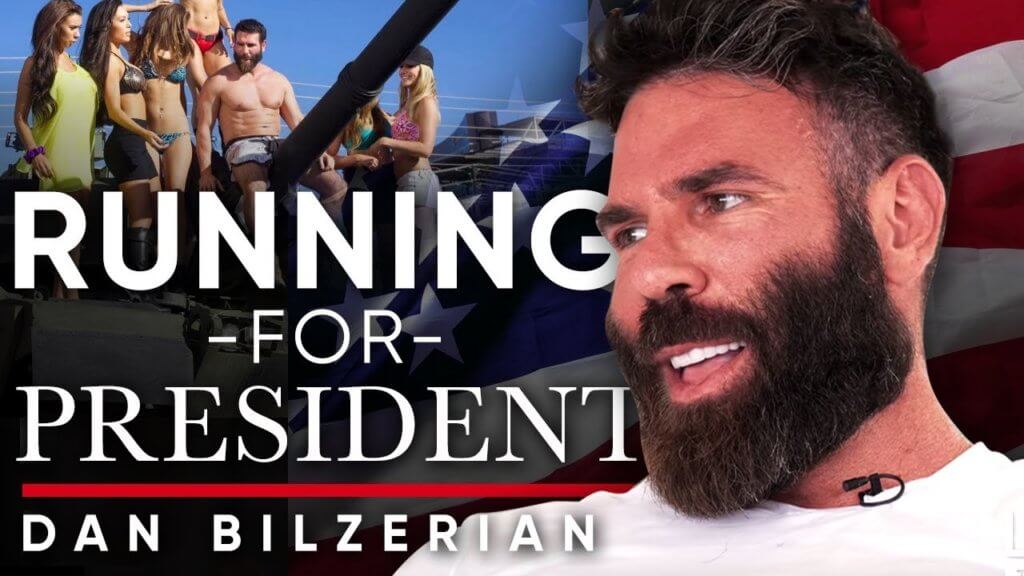 The conversation started with the TMZ reporter asking Bilzerian what he thinks about Kanye West running for President, Dan replied:

“I think Kanye will be running against me“

“I mean, better than Hillary. I think he will be running against me, we will see.“

When the reporter asked: “He is going to run against you? You gonna do it?“ – Bilzerian replied:

“2024, yeah, I think that will be enough time to get my shit together“

Does Dan Bilzerian have a chance to become president?

Well, he is obviously a massive underdog, but we have seen actors and celebrities become president before.

Dan Bilzerian has one of the biggest Social Media presence in the world with Search Results 29.1 Million Followers on Instagram and 1.6 Million on Twitter, which can be a big plus during the election campaign.

Moreover, Dan Bilzerian loves to pose with guns and could become the new face of the very influential US arms lobby.

In addition to that, Dan Bilzerian is the owner of Ignite, which is one oft he biggest producers of CBD and THC products, which could bring his a lot of votes from younger people and the booming Marijuana industry.

To conclude, Dan Bilzerian would definitely get some votes among young people as well as from the arms and Marijuana industry, but is this enough?

Probably not, but Dan Bilzerian is an entertainer and showman and he will certainly come up with some unique and never before seen marketing stunts, but the same goes for Kanye West.

If both will indeed run for office, we will most likely see one of the most entertaining and exciting election campaigns of all time!

Wouldn’t this be a great place for a music festival

When your girls hungry

Been having trouble sleeping