Watch the best hands of each High Stakes Poker Season 8 episode on VIP-Grinders.com

In Episode 9 Phil Ivey and Phil Hellmuth finally entered the Arena and played some big pots. Watch the best hands below!

Except for Tom Dwan the entire lineup was exchanged before Episode 9 and poker legends Phil Ivey and Phil Hellmuth have finally entered the High Stakes Poker Arena:

Poker fans around the globe have waited for the arrival of Phil Ivey and he went straight to action by playing the biggest pot of High Stakes Poker Season 8 Episode 9.

The K♦ on the turn is not the best card for Brandon Adams, not only because it doesn’t completes his flush, but also since it strengthens the preflop raisers range. He therefore checks once more and Ivey fires another large bet of $22,000, which is almost pot size. Brandon check-calls again. Pot Size: $67,600

The 5♥ is a blank and Adams whiffs. Phil Ivey goes for another large value bet of $50,000 and Brandon almost immediately releases his hand, while Ivey collects a nice $177,700 pot. 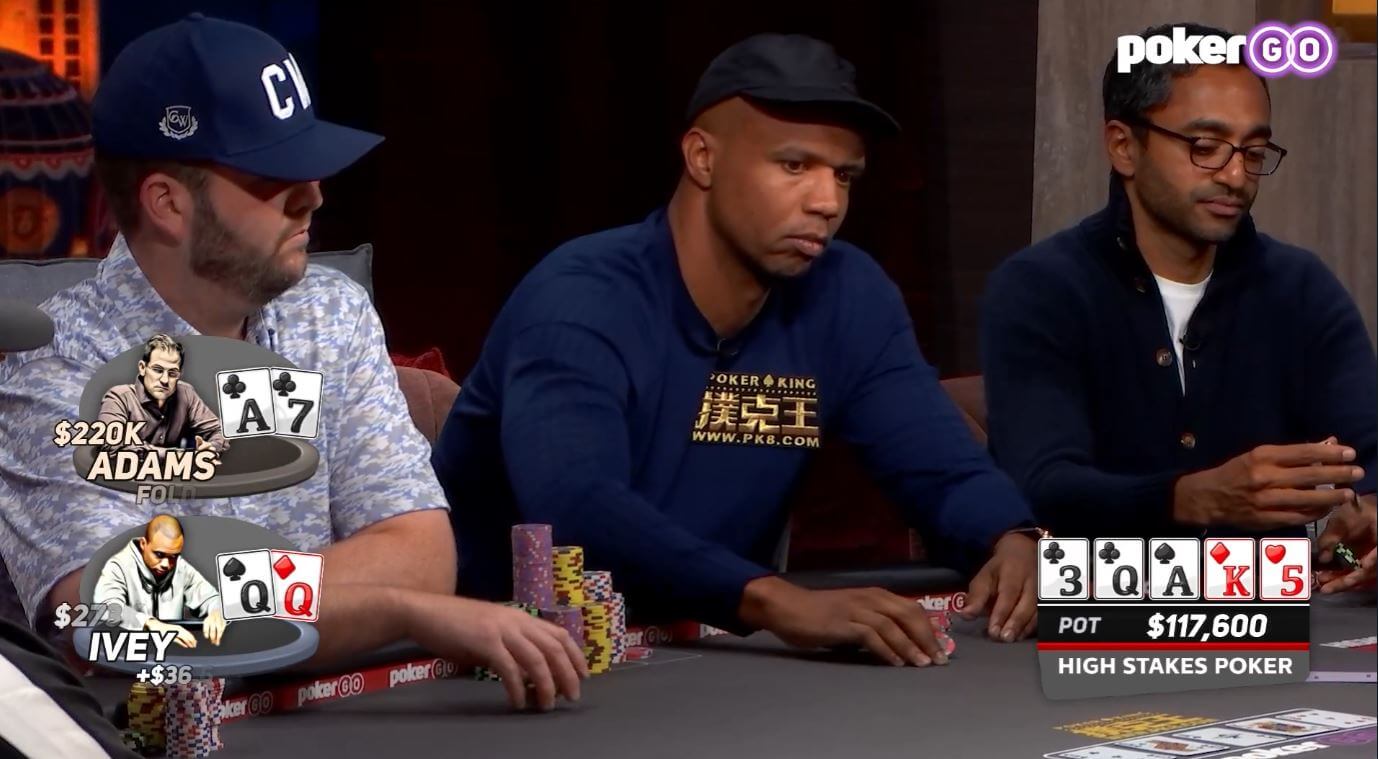 The 3♦3♠8♣ flop is an absolute dream for Lazaro as he has flopped a full house. He checks, Daniels makes a continuation bet of $5,600 and Hernandez obviously just calls. Pot Size: $28,800

The Q♣ on the turn is bad news for Jake as he now has top pair with a great kicker. Lazaro checks another time and Daniels fires a second barrel of 13,700, which is a little bit less than half pot. Hernandez calls again. Pot Size: $56,200

The A♠ on the river is a bad card for Daniels as Hernandez could have easily called twice with Ace High or the Nut Flush Draw on this board, which now got there.

In this case it should save him some money, but he surprisingly doesn’t take his foot of the gas pedal by firing a third barrel worth $30,000. Now Hernandez springs the trap and makes a min-raise to $60,000 begging for a call.

However, he decides to call it off just to see that he was beat all the way. A bit of a gift and Lazaro Hernandez gets maximum value and collects a huge $176,200 pot at his High Stakes Poker premiere. 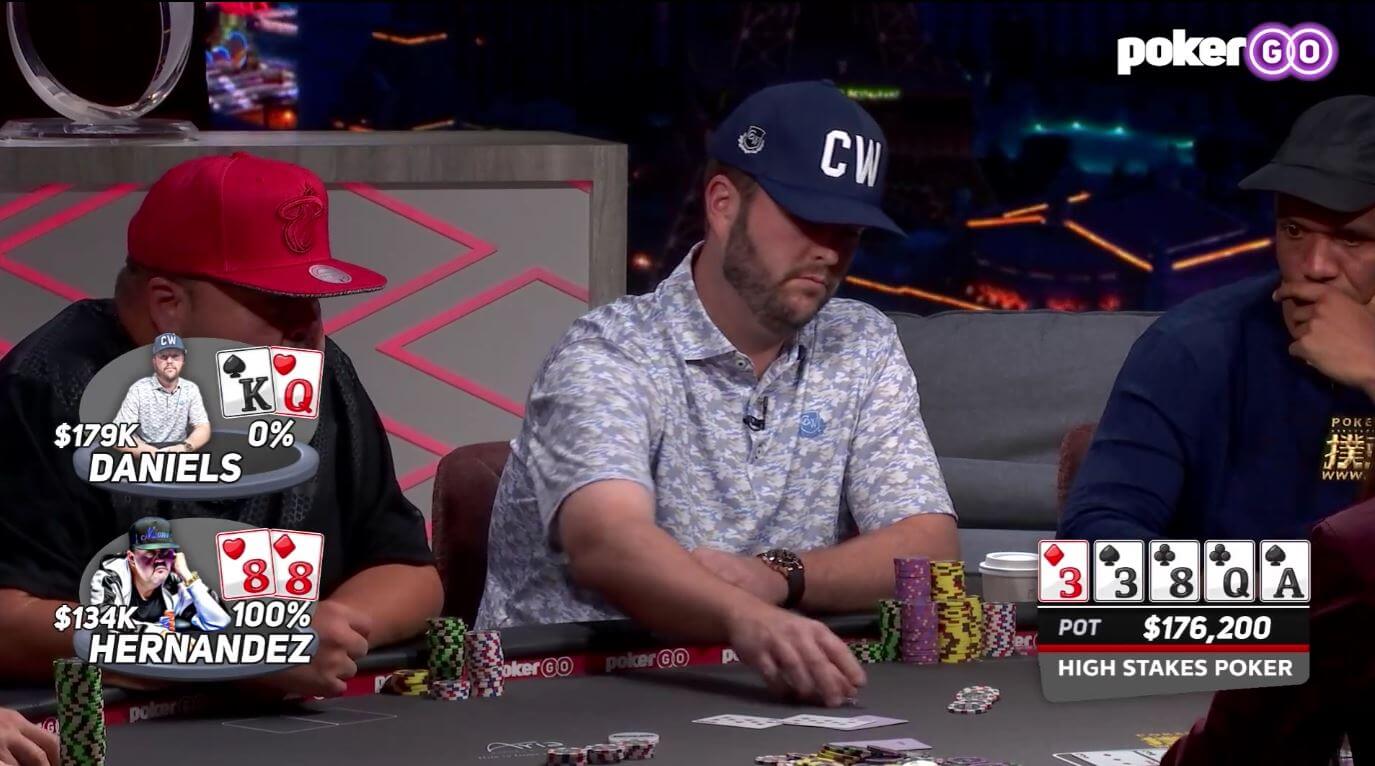 Since their legendary confrontation at the 2008 National Heads-Up Championship, Phil Hellmuth and Tom “durrrr” Dwan are arch-rivals.

Last night they clashed in another big pot after Hellmuth had min-raised UTG to $1,600 with Pocket Kings and got five callers. Pot Size: $15,900

8♠ on the turn is a blank. Dwan checks and the Poker Brat checks behind either because he wants to control the size of the pot or to induce a river bet from “durrrr”. Pot Size: $44,400

The 7♦ on the river doesn’t chance much. Even though some straight draws get there, they are not really part of Tom’s range in this spot. After Dwan checks, Hellmuth knows that his hand is very likely good and he goes for a nice and small value bet of 40% pot.

This sends Tom Dwan into the tank as he knows that Phil Hellmuth plays very tight in high stakes cash games. On the other hand the bet is so small and the pot odds too good to fold Top Pair Top Kicker and Dwan flicks in the call. “Kings” announces Phil proudly and he collects the $80,400 pot with a big smile.