The actor and two-time Oscar winner originally was at a Halloween party in West Hollywood, but decided to leave early and rather play cash game at the nearby Commerce Casino. 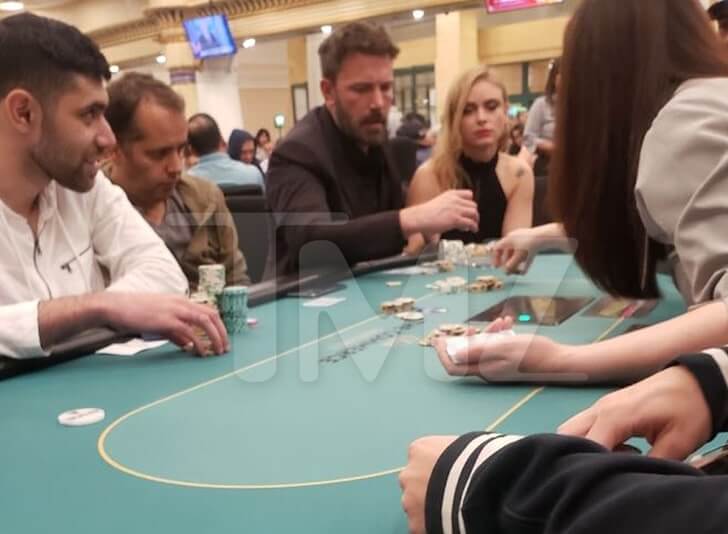 According to a report, he was visibly drunk when leaving the UNICEF Masquerade Ball.

Less than 15 minutes later he stood up booking a nice $1,500 win! It wasn’t a hit and run as other players at the table confirmed that Ben Affleck was so drunk that he almost fell out of his chair on one occasion!

After leaving the casino the paparrazi from TMZ were already waiting for him filming Affleck, who was not able to walk straight and barely made it to his car:

Ben Affleck is a recovering alcoholic and had a relapse

Ben Affleck is a known recovering alcoholic and it seems like that he unfortunately had a relapse that night.

Earlier that day he even promoted and made a generous donation to The Midnight Mission charity, which helps to rehabilitate alcoholics.

“I’m not going to let it derail me”

“It happens, it was a slip, but I’m not going to let it derail me.”

Ben Affleck is one of the best poker players among celebrities

Ben Affleck is one of he best poker players among celebrities. He even won the $10,000 California State Poker Championship 2004 in Los Angeles for a whopping $356,400! 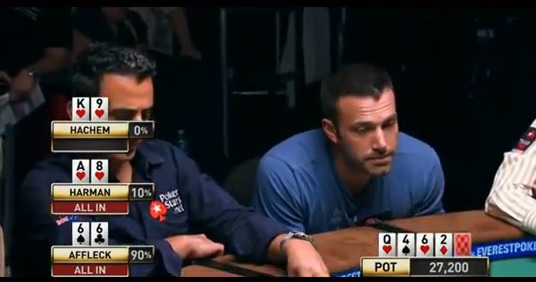 As the name implies, this high stakes cash game was organized by Molly Bloom and was the basis for the blockbuster movie with the same name:

Ben Affleck was also starring in the  poker movie Runner Runner together with Justin Timberlake, which turned out to be a flop.

We wish Ben Affleck the best of luck and hope he overcomes his addiction!