Russ Hamilton knew each other for a long time

Nobody would have believed it if it had come two days earlier on April Fool’s Day. However, alleged cheat Mike Postle and Ultimate Bet superuser thief Russ Hamilton were friends back in the day. 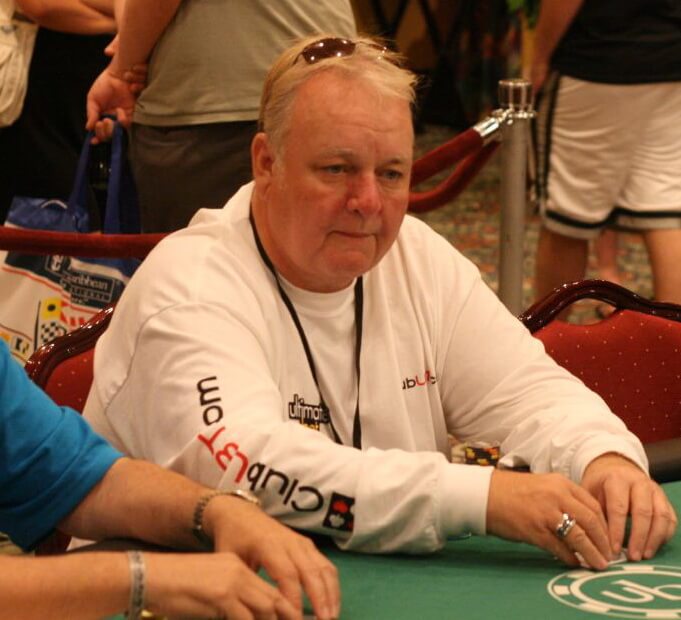 Good enough friends that Hamilton hand-picked Postle along with several known cheats to appear on the Ultimate Blackjack Tour.

Imagine my surprise when I noticed that the internet qualifier for Episode 109 on the DVD (which I believe aired on 9/16/06) was Mike Postle.

For the non-poker players who made it this far, he's the alleged suspect of the biggest poker cheating case in years.🧐 pic.twitter.com/erjoWGLMp6

For those who don’t know their poker history, that’s the equivalent of OJ Simpson picking a young Oscar Pistorius for his neighborhood basketball game.

Hamilton achieved fame and fortune for winning the 1994 WSOP Main Event but gained his notoriety for being one of the men behind the Ultimate Bet superuser scandal. 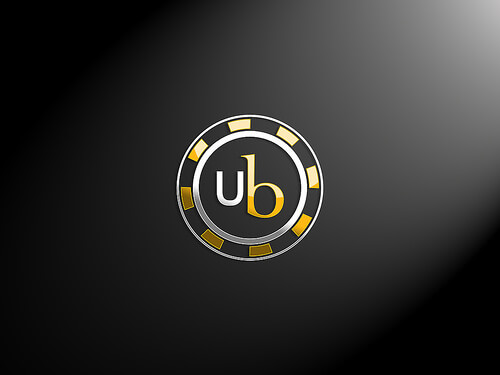 A God-mode backdoor hack was used to rip $millions from unsuspecting players, their hole cards visible to the cheats in one of the biggest scandals ever to hit poker.

Although he has always publicly denied his involvement, a recording of Russ Hamilton with others involved was later released that laid that to rest once and for all…

At around the same time, UB’s sister site, Absolute Poker, was going through a similar God-mode cheating scandal, involving the infamous Potripper account that has been compared to Postle’s incredible win-rate.

Mike Postle, as you will almost all know, stands accused of a similar scam, being sued for $10million for allegedly using technology and/or helpers to cheat in a live-streamed poker game at Stones Gambling House in Sacramento.

If you haven’t followed the Postlegatecase closely, you can catch up by reading the articles below, containing all the necessary background information:

And so, to this week’s revelation that the ‘dastardly duo’ of Russ Hamilton and Postlewere friends.

It was a collection of BJ players and poker players (most were also investors) that made up the first season. They held some play-in tournaments out at Lake Las Vegas.

The winners of those play-in tournaments made up the final tables that would be broadcast on CBS. 📺

For Season One, they didn't have the internet site up yet, so one of the producers hand-picked the "winning internet qualifier" for each of the televised tournaments. They were all close friends of his.

Ok, so big deal. The guy made it onto a televised BJ tournament 14 yrs ago.

The big deal is who his producer friend was that got him on the show:

The inventor of Elimination Blackjack and the mastermind of poker's previous biggest cheating case. 🤨

The world is full of coincidences. But what to make of this news when Postle himself stated he was “one of the biggest winners on UB” back in the day?

That brag came during the only public interview Postle has given since being accused, a two-part session broadcast by Mike ‘The Mouth’ Matusow and covered by VIP Grinders here.

Wow…especially interesting given the fact that Postle's second defense so far, after "I didn't really win that much", has been "Back in the day I was one of the biggest winners on UB." 🧐

He always told me that he was one of the victims of the UB scandal.

Follow-up to my earlier tweet. Here were the "internet qualifiers" along with Mike Postle that were hand-picked by Russ Hamilton for UBT Season 1
(feel free to run with this @Joeingram1): 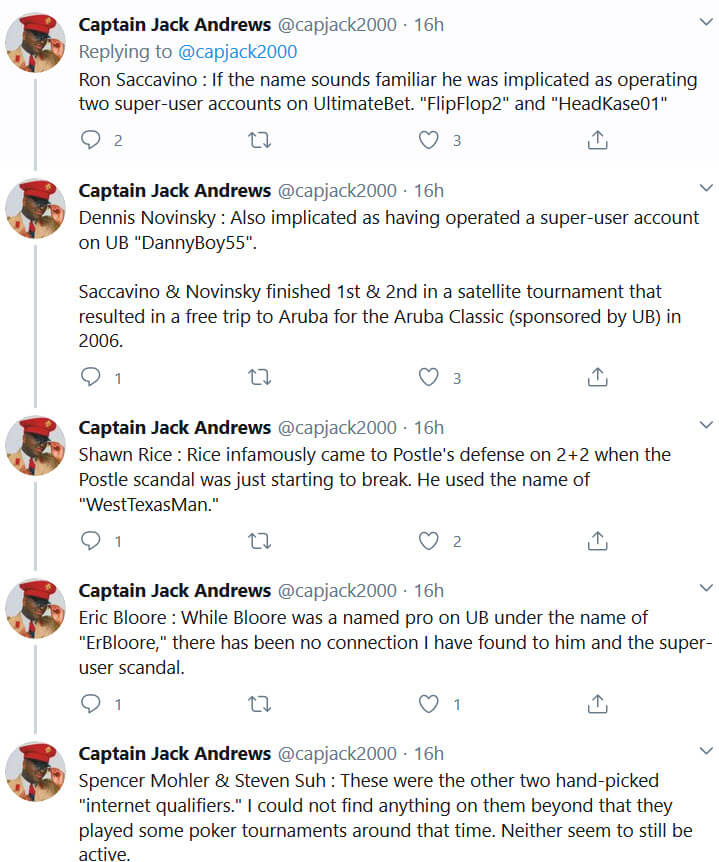 Two of Postle’s fellow ‘Russ Hamilton-picked players’ for the Blackjack tourney do indeed have previous involvement in the UB poker scandal.

Russ Hamilton had multiple accounts that he would use or ‘hand out’ to friends and pros for various reasons. Saccavino and Novinsky were among them.

Saccavino was found to have many more than the two usernames listed in the tweet – 63vette, Bgroup, Gravitation, and UtakeIt2 also among his super-user accounts.

Well, is it a case of no smoke without fire? Or coincidence, rumor, and innuendo? We’ll let you decide for now. However, rest assured we’ll keep digging along with others to get to the truth of poker’s biggest scandals.