Some 456 entries appeared at the Enjoy Punta Del Este coastal resort about 100km due east of the capital, Montevideo, each paying $10k for the chance to win a share of the $5million guaranteed prizepool. 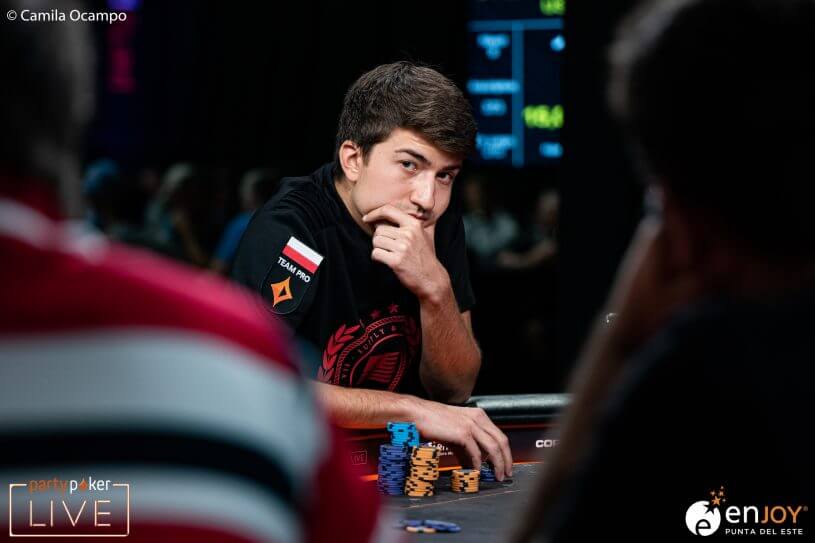 Made it to the final table of #MILLIONSSouthAmerica main event in Uruguay!

I'm 9/9 with 3.5bbs after losing most of my stack during the last hand of the day. But i'm still alive and there is $1,000,000 for 1st place, anything can happen!🙏 pic.twitter.com/DEjymtzkIy

One player was running riot as the tournament played down to the final day – Austria’s Daniel Rezaei – who finished 9th for his previous biggest payday when Mathis took down the MILLIONS South America title last March.

Day 3 of the #MILLIONSSouthAmerica Main Event is over. There are only nine players left and the chipleader is @daniel_rezaei with 138,800,000 chips. Play to resume midday tomorrow local time. 🔸 https://t.co/NK8AX9DMgZ pic.twitter.com/cxFFeHTpdl

Good timing, good cards, and good play saw Rezaei take 30% of the chips into his second MILLIONS Main Event final table – helped by getting out of the way in the following huge hand on day 3.

Having got there by taking the online day 1 and 2 route, Rezaei was involved in much of the early action, as was partypoker’s remaining ace, Dzmitry Urbanovich.

Urbanovich came in with a tiny stack compared to the rest, but doubled twice early on and watched as others fell before him. Rafael Caiffa departed at the hands of Fabian Gumz, and then Pedro Madeira was KO’d by Andres Viola.

That’s quads and the turn 2♥and river7♦were insignificant.

It wouldn’t be Sergio Luis Di Pego lifting the trophy, losing a race to Fabio Colonnese, the latter then sending Andres Viola to the rail in 5th when his double bellybuster hit on the river.

Fabian Gumz missed a podium spot when he fell to Rezaei in an ace over ace showdown, but then in an ironic twist, it was Rezaei who fell next.

Silva produced Rezaei’s favorite pocket nines against the Austrian’s pocket eights.No help from the board and Rezaei’s phenomenal rollercoaster run had ended in third, a lifetime best $435,000 cash.

The finish came abruptly, Silva laying a trap by only limping with J♥ J♣ and watching with glee as Colonnese jammed – his lowly 8♣ 6♦ bluff called. The flop ended it on the spot, Silva hitting a full house…

Colonnese pocketed a massive runner-up check for $640,000 and for Silva it was the $1million dream, with a beautiful MILLIONS Live trophy to go with it.