Who is Raymond Davis?

For those of you, who don’t know who Raymond Davis is we quickly introduce him. Davis is a poker pro and founder of one of the biggest existing poker groups RealGrinders. 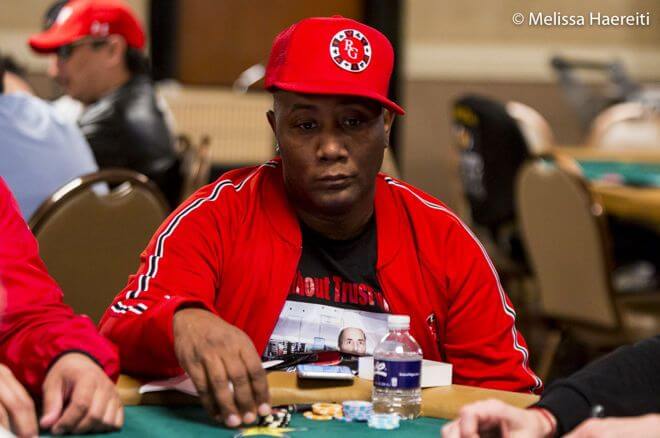 RealGrinders counts an impressive 18,000 members making it one of the biggest poker groups.

They are a huge community and also offer poker coaching and even have their own pro team including the likes of Johnny Chan, Jeff Madsen, Mike Matusow, Dan Heimiller, Brian Hastings and Jeff Lisandro.

What is Raymond Davis being accused of?

Raymond Davis is accussed of having paid an underage girl, he met via Facebook, for oral sex some years ago.

In addition to that, her boyfiend claims that Davis also paid for watching them having a shower together.

Raymond Davis, who is currently in prison, violently denies the accusations of sex crimes against children:

“I have never, never in my life, paid a girl, underage woman, girl for sex.”

One point, that could be an indicator that the judges have their doubts about the truth of the accusations is that Davis has been arrested for two and a half years in September 2016, but wasn’t picked up until April 2019 after a traffic stop.

In a prison interview with 8NewsNow Raymond Davis said:

“They never made an effort to come to my house. They never came to my store. I’m very high profile; anybody, a 10-year-old Boy Scout can find me. I got a big following. I’m on social media. My whereabouts is there. I got a custom red Camaro, my name on it, my business RG on it.“

“If i was a danger to the community, why wouldn’t they come and get me?”

Davis then continues to ask an interesting question:

“If there was an arrest warrant, and i was a danger to the community, why wouldn’t they come and get me?”

Raymond Davis war originally released on a $25,000 bond, but when he afterwards represent himself in court and made allegations against the judge and prosecutors, the judgeJacqueline Bluth upped the bond to a hefty $500,000, Davis had to return to prison.

During their research for the interview, the 8NewsNow team asked Metro police why it took so long to arrest Davis, but didn’t get an answer as it is an an ongoing criminal investigation.

The trial will take place in February 2020 and should Raymond Davis be found guilty, he is facing 15 years in prison.